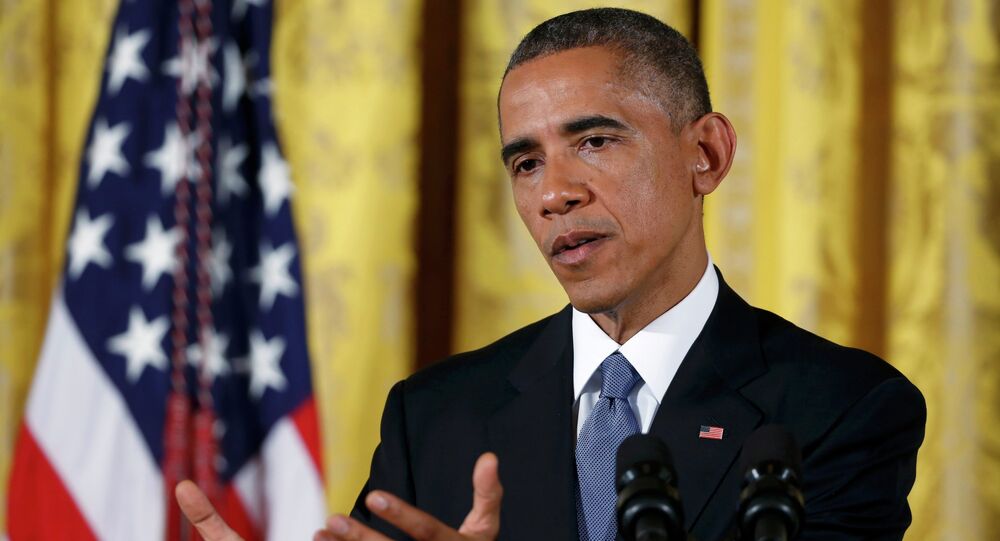 US is suffering from distrust between law enforcement and communities of color, President Obama stated. He called on Ferguson demonstrators to protest peacefully.

MOSCOW, November 25 (Sputnik) – The United States has to recognize that the country still faces broader challenges in race relations, US President Barack Obama said in a statement following a grand jury's decision to clear the white police officer who fatally shot a black teenager in Ferguson, Missouri.

"We need to recognize that the situation in Ferguson speaks to broader challenges that we still face as a nation. The fact is, in too many parts of this country, a deep distrust exists between law enforcement and communities of color," Obama told reporters Monday.