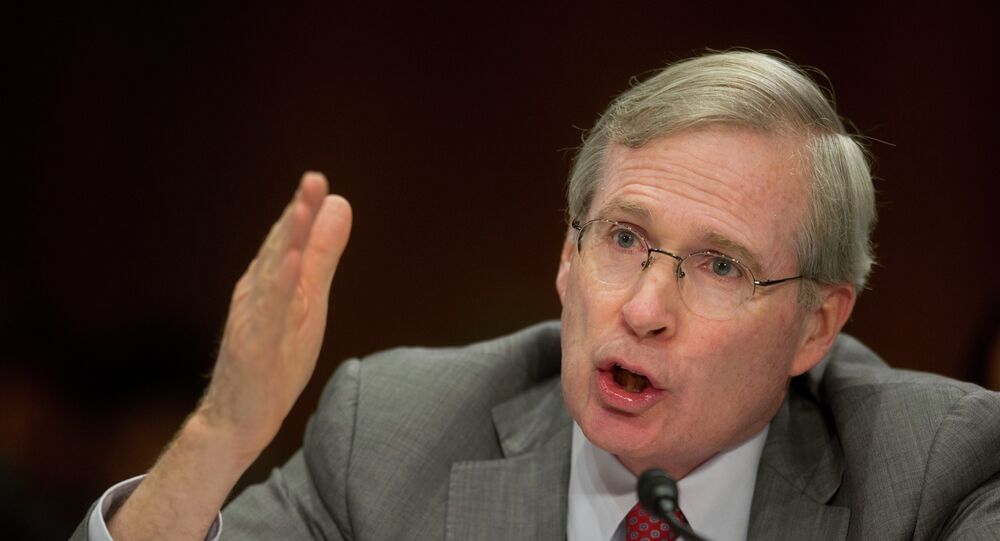 "If I were in my old job I would be thinking of lethal assistance [to Ukraine], yes. But this is why you have a CIA. This is why you have covert action. I would be thinking: do we want to do it explicitly and send a message to [Russia's President Vladimir] Putin? Or do we want to do it covertly? I think we tend now to talk too much and act too little," Hadley said during a panel discussion "Dialogue on the Crisis with Russia" at the Aspen Institute on Friday when asked if the US should provide lethal aid to Kiev.

The United States was not employing the type of "integrated and vicious strategy" that was required in Ukraine, Hadley lamented.

In September, Ukraine requested lethal aid from the United States, but so far the White House has relegated support to non-lethal assistance. However, the US Department of Defense confirmed on October 8 that the US military was developing a work program that could eventually provide lethal aid to Ukraine forces.

Moreover, US Senator John McCain told Sputnik that the newly-elected US Congress would pass resolutions and apply pressure on US President Barack Obama to provide Ukraine with lethal military assistance.

Russian Foreign Ministry spokesman Alexander Lukashevich emphasized that the US supplying of lethal weapons to Ukraine would be a direct violation of the Geneva Agreements.

In April, the government in Kiev launched a military operation against independence supporters in southeastern Ukraine that refused to recognize the new regime which, earlier in winter, had come to power as a result of a coup.

The offensive triggered a humanitarian crisis in the affected areas, prompting Russia to send several humanitarian aid convoys with food, fuels and medicine to the Donetsk and Luhansk regions in southeastern Ukraine.