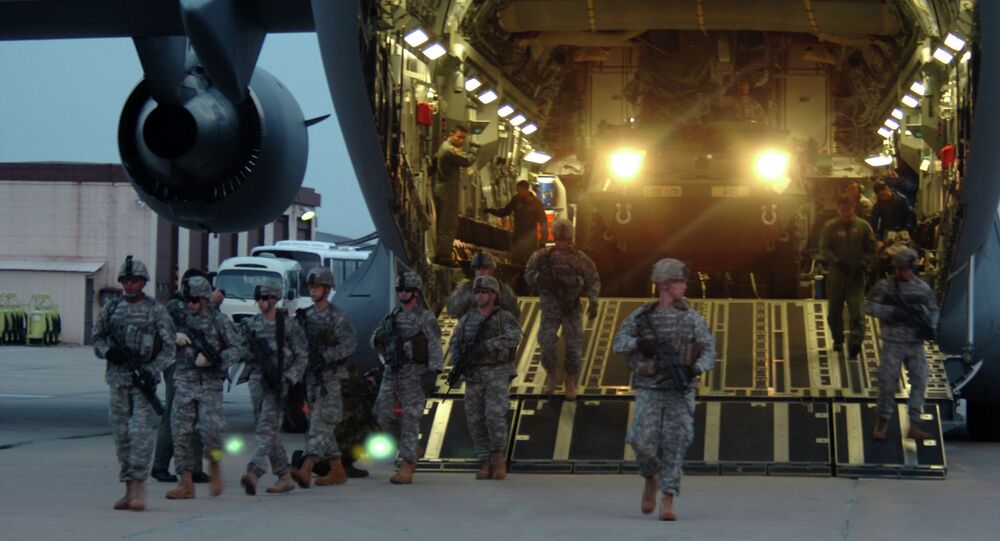 The US has mastered the technique of provoking North Korea, which in turn scares South Korea and Japan into extending and deepening military cooperation with America to protect themselves. The real goal, however, is to legitimize the Pentagon’s presence in Northeast Asia in order to more effectively contain China.

A nuclear strike against North Korea was considered by the US in the event of renewed hostilities. This was a statement pulled from former CIA Director and Secretary of Defense Leon Panetta’s recently published memoirs. It wasn’t exactly earth-shattering news, since the US has held this position for some time already, but it continued the decades-long policy of provoking North Korea. The Soviet collapse and the development of strong US-Chinese economic ties removed the most visible threats from the region, and the US military was thus left without a real reason for being in Northeast Asia.

This is where North Korea comes in. The US wants to contain what it feels to be an ‘aggressive’ China and keep it under control, but to do that, it needs its military forces in Northeast Asia just as much as in Southeast Asia. Sending more units (especially strategic missile defense ones) without a seemingly plausible cause risks drawing the ire of Beijing and putting South Korea and Japan’s close economic ties with it in jeopardy. Thus, the pattern of provoking North Korea was created, since Pyongyang always unwittingly plays the dupe in justifying America’s entrenchment in the region.

Here’s how they do it:

The US engages in provocative actions such as joint military exercises with South Korea very close to the North Korean border.

The US plays up South Korea and Japan’s fears and reminds their publics (some of whom have protested against the US presence in their countries) of the North Korean threat.

Washington reaffirms its mutual defense commitments to Seoul and Tokyo and volunteers a deeper level of military assistance, most recently anti-missile defense.

The end result is a more effective US military presence in Northeast Asia to contain China’s military capabilities, which wouldn’t have been possible had North Korea not ‘justified’ it.