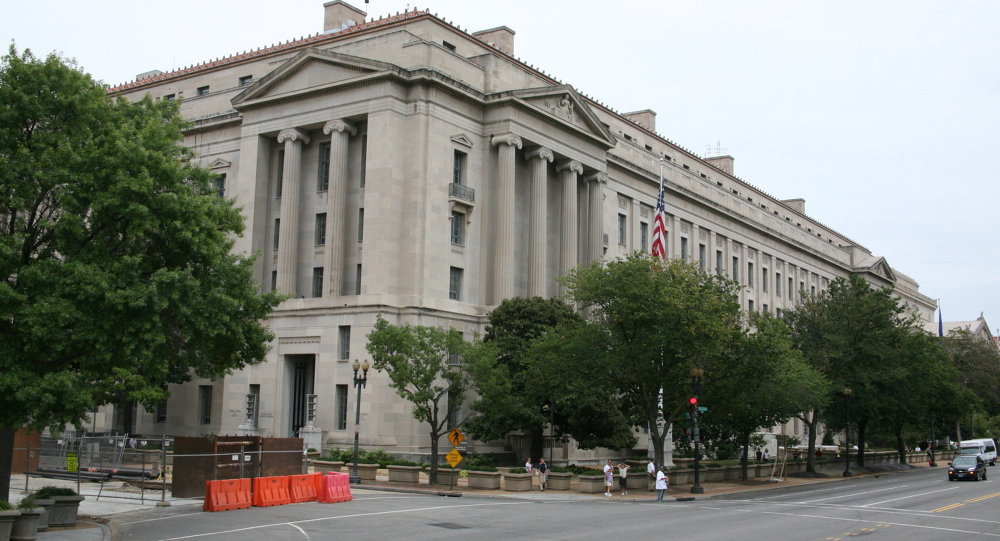 The American Civil Liberties Union announced that it is filing a Freedom of Information Act request with the US Justice Department for details on a recently revealed Marshals Service program.

WASHINGTON, November 20 (Sputnik) – The American Civil Liberties Union (ACLU) is filing a Freedom of Information Act (FOIA) request with the US Justice Department for details on a recently revealed Marshals Service program that scoops data from the cell phones of US citizens, the human rights group has announced.

"Resistance against the government's secret, overzealous use of cell site simulators is spreading, and will surely grow as we learn more about these programs," ACLU legal aide Bennett Steins said in a Wednesday press release.

"It is time for the government to stop trying to suppress this debate, and recognize the public's right to information," Steins added.

According to Steins, as part of the US Marshals Service program, which was exposed last week by the Wall Street Journal, Cessna planes are equipped with cell phone simulators that trick mobile devices into providing location data, serial numbers and other tracking information.

"This is unacceptable — law enforcement must not purchase and deploy such powerful new technologies without the public's knowledge and input," Steins stressed, adding that "Americans can only debate the merits and legality of new surveillance programs if we know they exist".

This could be the second time within the past year that a US electronic surveillance operation has come to light. In January, the US National Security Agency (NSA) was exposed for collecting millions of text messages from around the world, based on information provided by former NSA contractor Edward Snowden.