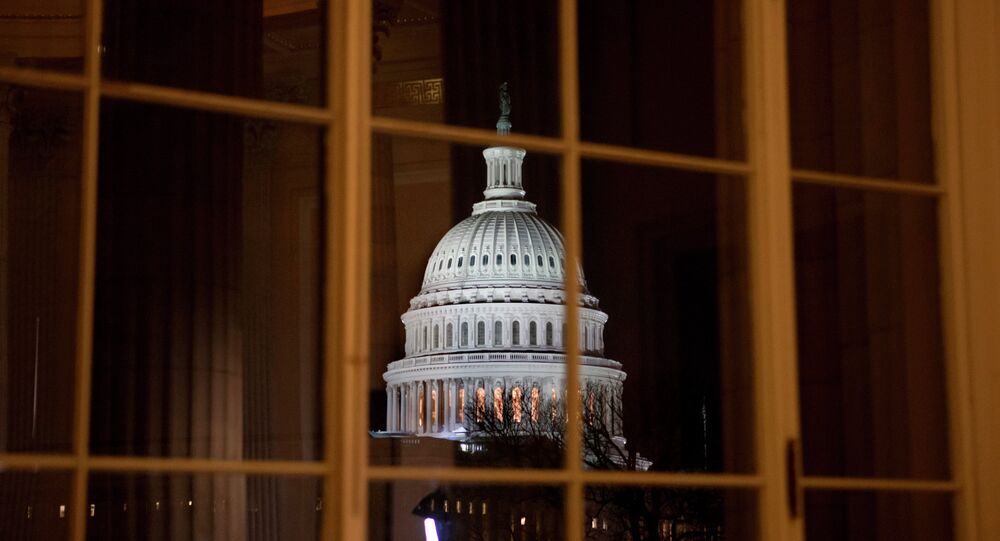 The US Senate voted to block a bill that would stop NSA bulk collection of American citizens' data.

WASHINGTON, November 19 (Sputnik) — The US Senate voted in a 58-42 vote against a bipartisan bill that stops the National Security Agency's (NSA) bulk data collection program, targeting millions of Americans.

"This is bipartisan legislation that enjoys the support of the intelligence community and also the tech community," Texas Republican Senator Ted Cruz said during the vote on Tuesday evening. "But in my view we should take it up and consider reasonable amendments on the floor to make it better."

The USA Freedom Act sponsored by 19 Democratic and 3 Republican Senators, would end the NSA collection of American citizens' phone records and establish a privacy panel to advise and review the Foreign Intelligence Court decisions.

The bill needed 60 votes to proceed through the 100-member Senate on to the next phase of debate.

Leading up to the vote on the bill that was supported by both the White House, tech companies and privacy advocates, Republicans and Democratic were divided on whether to vote for or against it.

Senate Majority Leader Mitch McConnell said Tuesday that the USA Freedom Act would benefit terrorist groups such as the Islamic State (IS).

"This is the worst possible time to be tying our hands behind our backs," McConnell said in a statement Tuesday. "The threat from ISIL is real. It's different from what we've faced before. And if we're going to overcome it — if our aim is to degrade and destroy ISIL, as the President has said — then that's going to require smart policies and firm determination."

Meanwhile, the creator of the bill Senator Patrick Leahy said the American people could not have their privacy compromised any longer.

"We cannot afford to delay action on these reforms any longer, as the American people continue to demand stronger protections for their privacy," Leahy said during a Senate floor hearing Tuesday before the vote.

In May, Congress approved a similar bill that was eventually weakened by lawmakers. Two months later, Leahy introduced another version of the bill after the US Judiciary Committee held six public hearings on the US surveillance authorities.

NSA Approves Several Samsung Mobile Devices for Use by US Officials