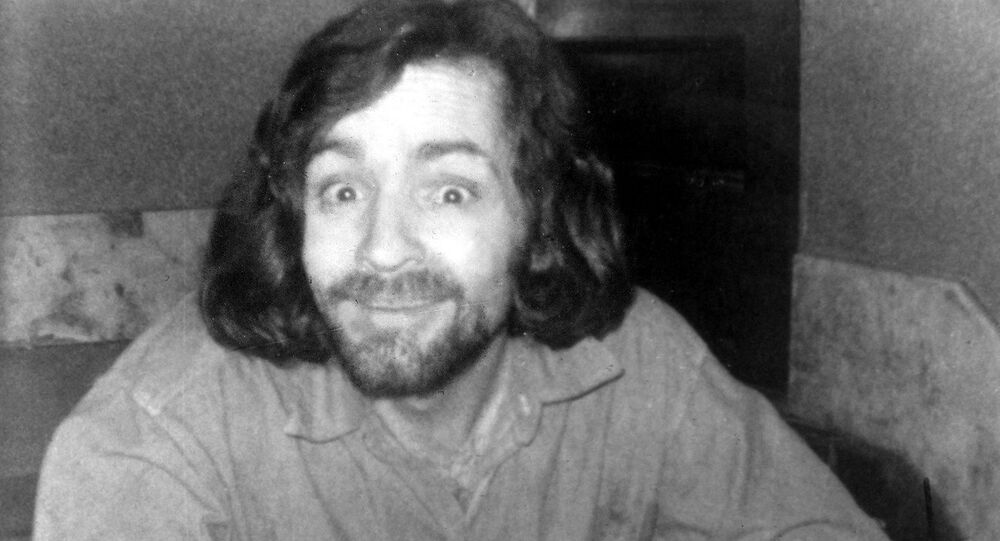 Charles Manson, found guilty of several murders and given a life sentence, will marry his 26-year old fiancée while in custody.

MOSCOW, November 18 (Sputnik) — 80-year-old Charles Manson, who is sentenced to life imprisonment and responsible for killing seven people, will marry a 26-year old woman who has been visited him in detention, AFP reports.

"He has received a marriage license," announced the California Department of Corrections and Rehabilitation on Monday.

Manson, who has been held in detention since 1971, was the leader of a commune in the California desert known as the Manson Family. He was convicted of the murders of seven people, committed by the members of his sect under his guidance. Among the victims was eight-months pregnant American actress and sex symbol Sharon Tate, a middle-aged married couple and four others.

However, Manson’s bride, Afton Elaine Burton, is confident about the innocence of her fiancé. The slim pretty brunette also known under the pseudonym “Star”, is running a number of websites in his support and says “she is interested in working on his case” to acquire possible release, according to Daily Mail.

"I'm completely with him, and he's completely with me. It's what I was born for, you know,” she told to CNN in summer 2014, adding that she is crazy in love with Manson and is going to support him in the future.

The marriage license was issued on November 7, but the exact date of the wedding has not yet been determined.