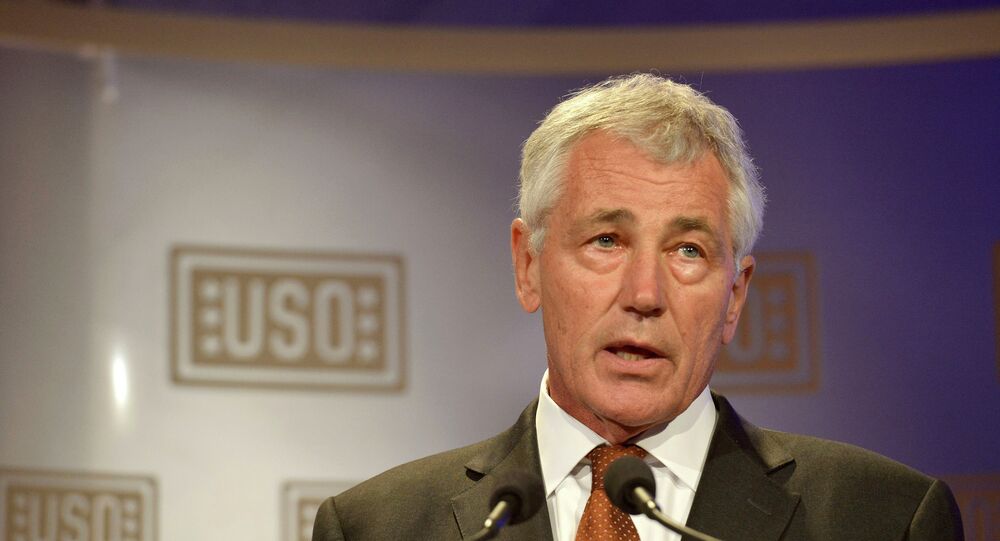 US Secretary of Defense Chuck Hagel stated that the entire US government had bent every effort to prevent Peter Kassig's death.

WASHINGTON, November 17 (Sputnik) – The US government did its best to avoid US aid worker Peter Kassig's execution by the Islamic State (IS) militants, according to the US Department of Defense (DoD) press release issued on Monday.

"[US Secretary of Defense] Hagel noted that during his 13 months in captivity, Kassig's family, the entire US government and US Senator Joe Donnelly from his home state of Indiana worked to avoid this tragic outcome," the press release read.

"There is no starker contrast between the inhumanity of ISIL and the bright and generous spirit of the young man they murdered," according to the press release.

Peter Kassig, also known as Abdul-Rahman Kassig after his conversion to Islam in captivity, "personified the values of altruism and compassion that are the very essence of his adopted religion," Hagel said.

The IS issued a video claiming the killing of Kassig along the execution of a dozen Syrian soldiers on Sunday. US President Barack Obama confirmed the beheading of the US citizen calling it an act of "pure evil." Kassig's death marked a fifth execution of a Western captive by the Islamist militant group.