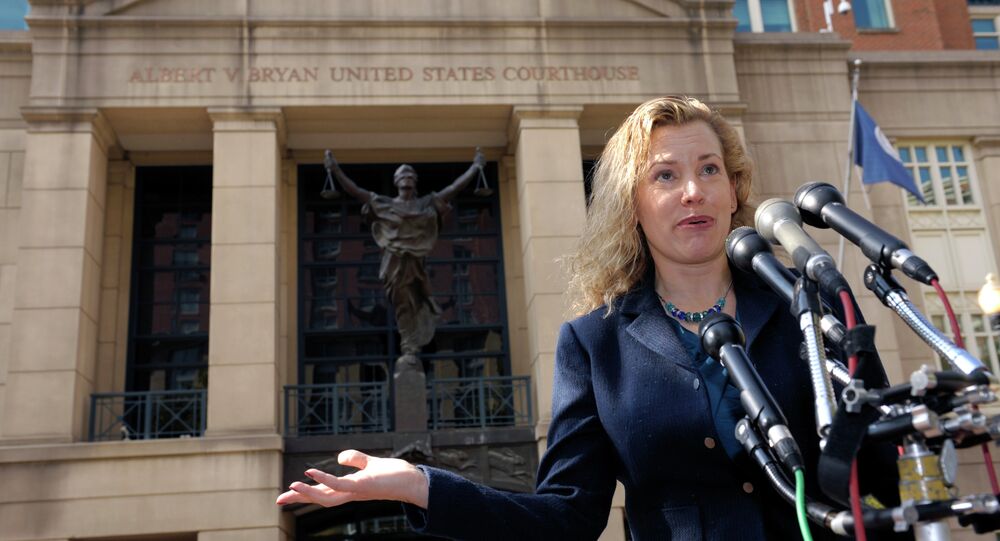 An attorney for NSA whistleblower Edward Snowden, Jesselyn Radack claims that US Congress should push surveillance reforms that would force the government to be more transparent.

WASHINGTON, November 15 (Sputnik) – US Congress should push surveillance reforms that would force the government to be more transparent, an attorney for NSA whistleblower Edward Snowden, Jesselyn Radack has told Sputnik.

"Congress should address these digital cellular network vulnerabilities as part of the larger cybersecurity and surveillance reforms now under consideration," Radack said Friday, referring to a recent Wall Street Journal report, which claimed that a US Marshals Service operation was using airplanes to gather intelligence from the cellphones of both criminal suspects and innocent US citizens.

Radack, a former Justice Department ethics adviser, warned that the government has tried to keep this surveillance technology a secret from the American people, claiming that it is in the interests of national security.

"But this needs to be debated by the public at large due to the indiscriminate nature of the surveillance," Radack stressed.

Snowden's attorney said she was not surprised that US government agencies are flying planes with phone-tracking spy gear, as, according to Radack, it has been documented that the FBI has a whole fleet of planes equipped with such gear to track foreign diplomats and spy on their calls.

This is the second time within the past year that a US electronic surveillance operation has come to light. In January, the National Security Agency (NSA) was exposed for collecting millions of text messages from around the world, according to information released by Snowden.

UK Police Ordered to Reveal Use of Surveillance Powers Against Journalists: Reports