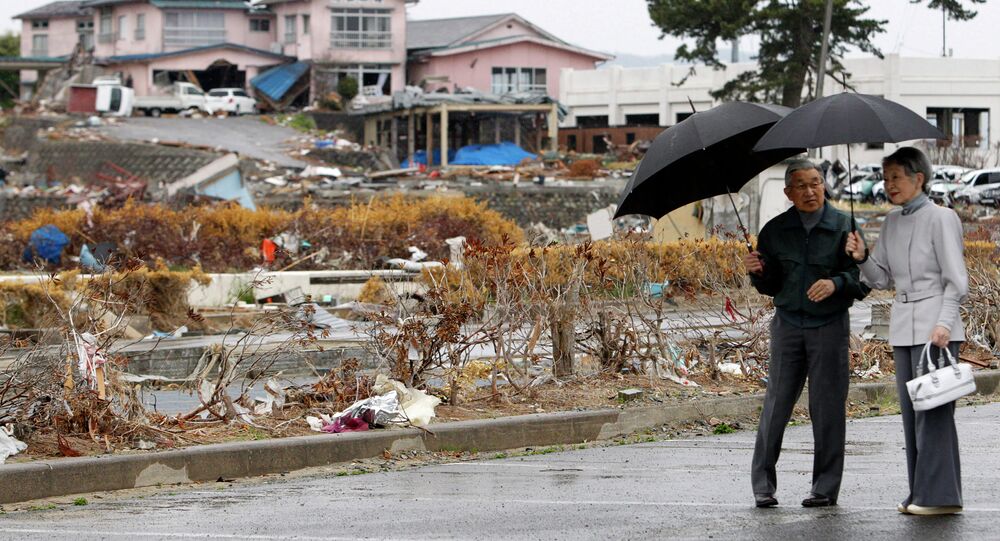 Ocean Heats Up As Study Reveals Radiation Off California

A new study detects radioactive particles from the Fukushima nuclear disaster off the U.S. Pacific coast

For people living along the Pacific coast of the U.S. and Canada, new research measuring radioactivity in the ocean reads like a nightmare come true.

Scientists and volunteers at the Woods Hole Oceanographic Institution in Massachusetts have detected radioactive particles from the 2011 Fukushima Dai-ichi nuclear power plant disaster in Japan, less than 100 miles off the California coast.

Kevin Griffin/Woods Hole Oceanographic Institution
Measurement of radioactivity from the Fukushima disaster off the west coast of the U.S. and Canada.

After being inundated with seawater following the March 2011 earthquake and tsunami, the Fukushima plant released radioactive caesium-134 into the ocean. This plume of particles has been traveling eastward across the Pacific since then, carried by ocean currents.

Woods Hole Oceanographic Institution
Measurement of radioactivity from the Fukushima disaster off the west coast of the U.S. and Canada.

While there are many natural sources of radiation, researchers are confident the particles they detected are from the Fukushima disaster. “We detected caesium-134 which does not occur naturally in the environment and has a half-life of just two years,” said Ken Buesseler, a marine chemist who is leading the monitoring effort. “Therefore, the only source of this caesium-134 in the Pacific today is from Fukushima.”

While the thought of going for a swim in a sea of radioactive particles may seem dangerous, the researchers who discovered the caesium-134 insist the levels of radiation are minute. It amounts to 2 Becquerels per cubic metre — more than 1000 times lower than the acceptable limit of radioactivity in drinking water set by the U.S. EPA.

What’s more worrying is the effect of the radioactivity on organisms that we consume, like fish and sea vegetables. That’s due to a phenomenon called biomagnification. As fish eat plants and other sea creatures that are contaminated with caesium-134, the radioactivity can become concentrated in the tissues of the animal. This could pose real problems for the people who eat them in turn.

“If it’s a small fish, there would be much lower concentrations of radioactivity,” Evgeny Pakhomov, a professor in the department of Earth, Ocean and Atmospheric Sciences at the University of British Columbia, told Sputnik. “If it’s a big fish, it’s a different story. When they did some measurements of fish living at the bottom next to Fukushima, the result was a few thousand Becquerels. But this is right next to the reactor. If you move a little further away, the levels are much lower.”

So even though it’s known that radioactive particles can accumulate in fish, should we be concerned about eating marine organisms from the Pacific? “From my point of view, I wouldn’t worry about it,” says Pakhomov. “If you’re eating contaminated fish in North America, [the radioactivity] might be equivalent to eating a couple of extra bananas” — a fruit which naturally gives off radiation.