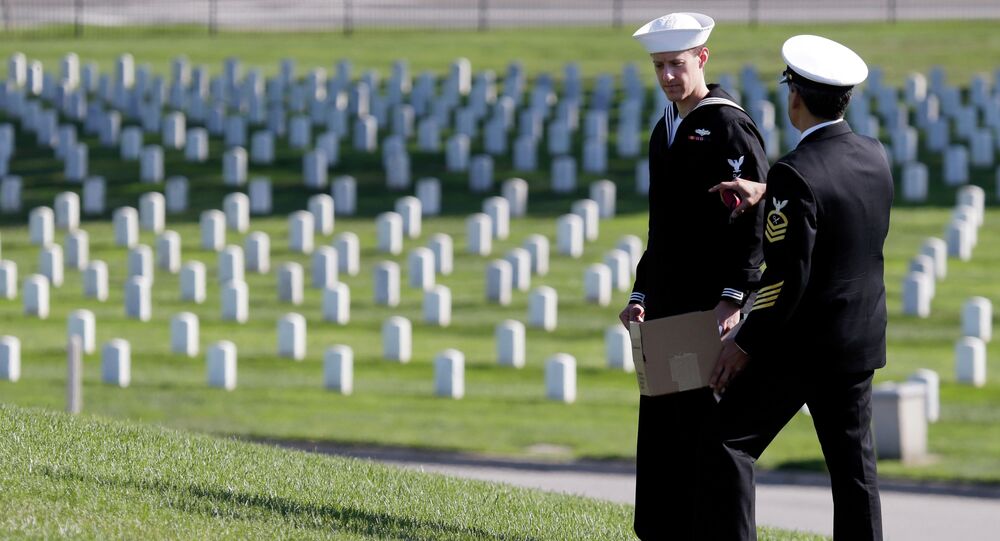 National day commemorating soldiers who have served in the US Armed Forces is marked by momentum of silence and veterans marches all over the United States.

Despite the fact that the United States only joined the war in 1917, almost a year and a half before its end, nearly five million US soldiers participated in it.

In 1926, the holiday received official status.

In 1954, after the end of World War II and the Korean War, representatives of US veterans' organizations addressed Congress with a proposal to rename Armistice Day to Veterans Day.

In June 1954, President Dwight Eisenhower proclaimed that every year on November 11 Veterans Day would be observed instead of Armistice Day to commemorate all US veterans, not only those who died in World War I.

According to the Uniform Holiday Bill, signed in 1968, the date of the holiday's observance was moved. Since 1971 Veterans Day has been honored on the fourth Monday of October. The government initiative, however, was not widely supported and Veterans Day was moved back to the original date, November 11 in 1978.

Major events on this day are held in Washington, DC. The president lays a wreath at the Tomb of the Unknowns at Arlington National Cemetery and veterans from all over the United States gather to march through the capital's main streets.