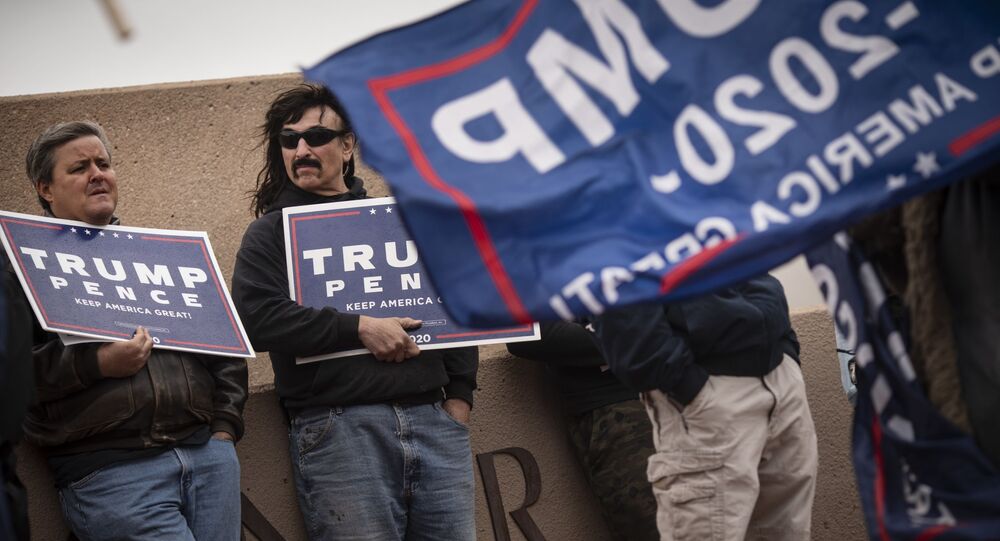 WASHINGTON (Sputnik) - A US federal judge has rejected a lawsuit from Republicans in the state of Wisconsin seeking to give Vice President Mike Pence full authority to overturn the election results in favor of President Donald Trump, court documents revealed on Monday.

"As Plaintiffs have established no likelihood of success on the merits here, the Court will deny their Motion for Preliminary Injunction," US Judge James Boasberg wrote in the opinion.

Moreover, Boasberg said that his court - the US District Court for the District of Columbia - is the wrong jurisdiction for the case, adding that it lacks authority to compel Pence to do anything.

Last week, US Congressman Louie Gohmert and 11 electors from Arizona - all Republicans - filed a similar lawsuit arguing Pence has the authority under the 12th Amendment to determine which of the so called "dueling" elector slates from contested US states will be taken into account by Congress.

However, the lawsuit was rejected by a federal judge in Texas for lacking standing and jurisdiction over the case.

Pence, via the Justice Department, asked the court to reject the Republican bid.

Biden was confirmed the winner of the November presidential election by the Electoral College on December 14 after all 50 states officially certified the voting results. The US Congress will meet in the joint session on January 6 to confirm the Electoral College votes, with Vice President Mike Pence presiding over the session to count the votes from each state. Biden's inauguration is scheduled for January 20.

Tags:
republicans, US court, election results, US Election 2020, US Election, USA, US, US
Community standardsDiscussion