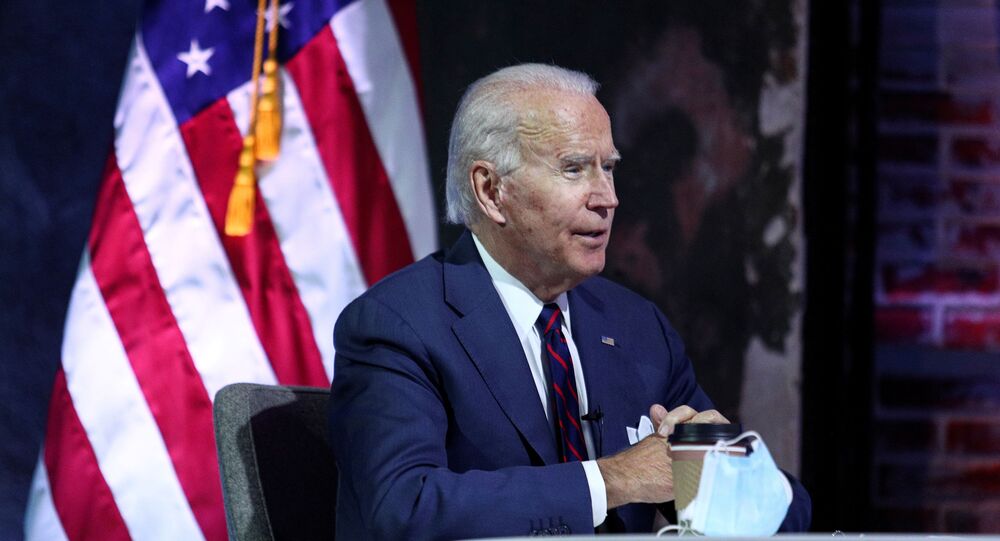 Putting Obama Team Back Together? Who's Who in Biden's Cabinet

The Biden-Harris transition office on Monday stressed that "American national security and foreign policy will be led by experienced professionals ready to restore principled leadership on the world stage and dignified leadership at home". Projected US President-elect Joe Biden is due to officially announce his Cabinet picks later on Tuesday.

Projected US President-elect Joe Biden's transition office has confirmed a total of six nominees for the Cabinet in the areas of foreign policy and national security. Some of the names might sound quite familiar, harkening back to the days of Barack Obama. So who are they?

After days of rumours and reports, the transition team has confirmed that Antony Blinken, who served as US Deputy Secretary of State from 2015 to 2017 and Deputy National Security Adviser from 2013 to 2015 under President Barack Obama, was tapped to be US Secretary of State.

The 58-year-old earlier held top foreign affairs posts in the White House and the State Department. He, in particular, supported the US-led invasion of Iraq in 2003 and praised the Trump administration-brokered peace deals between Israel, Bahrain, and the United Arab Emirates.

Alejandro Mayorkas, 61, is expected to serve as US Secretary of Homeland Security in the Biden team. If announced, he will be the first immigrant and Latino to work in this capacity.

He served as the Deputy Secretary of the US Department of Homeland Security (DHS) under then-President Barack Obama between 2013 and 2016, and as the Director of US Citizenship and Immigration Services from 2009 to 2013.

While at DHS, he negotiated a spate of cyber and homeland security deals with foreign governments, also leading the agency's response to Ebola and Zika, as well as grappling with human trafficking.

If nominated, Avril Haines will become the first woman to serve as US Director of National Intelligence.

Under the Obama administration, the 51-year-old was closely involved in hammering out the White House's policy of so-called "targeted killings" by US drones.

In 2018, she was an avid supporter of President Donald Trump's controversial nomination of "Bloody" Gina Haspel for the post of CIA director.

Another Obama-era staffer, Linda Thomas-Greenfield, 68, is set to be nominated for US Ambassador to the United Nations.

Under the Obama administration, she served as Assistant Secretary for the Bureau of African Affairs from 2013 to 2017. She previously worked in diplomatic positions for the US in Liberia, Switzerland, Pakistan, Kenya, Nigeria, and Jamaica.

Thomas-Greenfield served as Director General of the Foreign Service and Director of Human Resources between 2012 and 2013. At the time, she was at the helm of a team in charge of the State Department's 70,000-strong workforce.

Jake Sullivan has received the nomination to serve as Biden's National Security Adviser.

The 43-year-old previously served as senior policy adviser to then-Democratic nominee Hillary Clinton's 2016 presidential election campaign, with expertise in foreign policy, also working as a Deputy Chief of Staff at the State Department.

Sullivan negotiated the initial talks that paved the way for the 2015 Iran nuclear deal, also playing a key role in the US-brokered negotiations to promote a ceasefire in Gaza in 2012.

Former US Secretary of State John Kerry was picked by Biden to serve as Special Presidential Envoy for Climate.

© AP Photo / Jason DeCrow, Pool
Trump Says John Kerry "Should Be Prosecuted" For Contacts With Iran
The 76-year-old Democrat publicly accepted the nomination via social media on Monday, tweeting that "America will soon have a government that treats the climate crisis as the urgent national security threat it is".

Kerry, who served as Secretary of State from 2013 to 2017, is known for signing the Paris Climate Agreement on behalf of the United States in 2015.

He also launched a bipartisan organisation to set a goal of reaching net-zero carbon in the US by 2050. After retiring from government service, Kerry remained active in public affairs as a vocal opponent of President Trump.