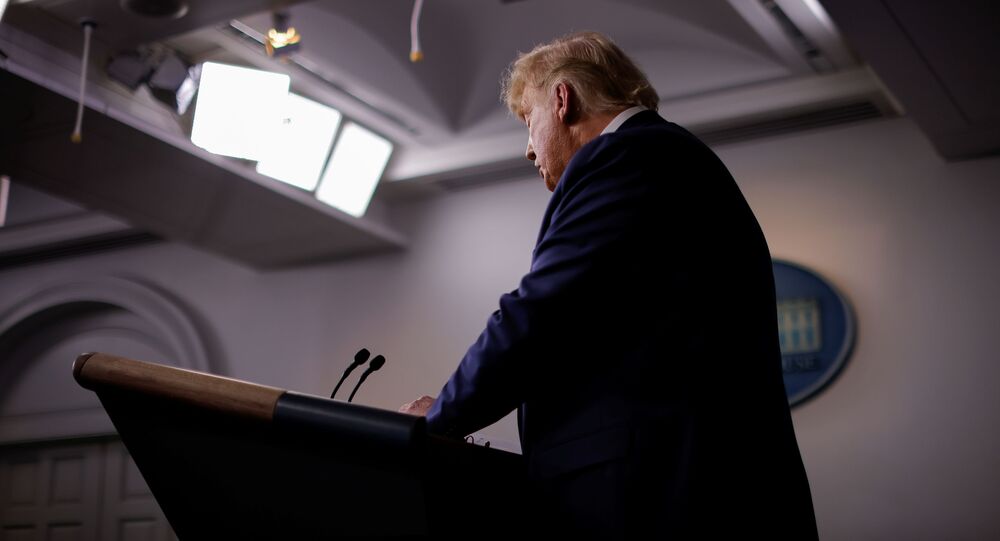 As the major US media outlets project that Democratic presidential candidate Joe Biden won the election held on 3 November and he is reportedly making his inauguration plans, the sitting president, Donald Trump, has refused to concede his loss, decrying large number of irregularities in the election, and alleging “systematic voter fraud”.

The incumbent president of the US Donald Trump will lose the control over the official Twitter account of the US presidency, @POTUS, even if he refuses to voluntarily pass the social media accounts to his projected predecessor from the Democratic Party, Joe Biden, OneZero reported.

Citing a Twitter representative, OneZero states that the POTUS account will allegedly be transferred to Biden on inauguration day.

“Twitter is actively preparing to support the transition of White House institutional Twitter accounts on January 20th, 2021,” the site quotes Twitter as saying. “As we did for the presidential transition in 2017, this process is being done in close consultation with the National Archives and Records Administration.”

According to this, former president Barack Obama gave the POTUS and White House social media accounts to Trump and his team, as the latter was being sworn in.

OneZero quotes a Facebook representative who said the company expected the transition to be handled just as it was in 2017.

“In 2017, we worked with both the Obama Administration and incoming Trump Administration to make sure the transition of their Facebook and Instagram accounts was seamless on January 20th, and we expect to do the same here,” the spokesperson said.

In a remark OneZero notices that Obama, as the first US president to use social media, has set a precedent for how these accounts should be used and their records preserved for history. In 2016, the White House announced a digital transition plan for social media content, deciding that the content of the previous president must be archived by the National Archives and Records Administration (NARA).

As part of this plan, Obama’s tweets from @POTUS were subsequently moved to the @POTUS44 account. All tweets of the ex-president from presidential account were removed, but the account’s followers remained in place.

Trump’s official presidential tweets are expected to be moved to @POTUS45, which is currently a locked account marked “transition”. The same will occur in the event of Joe Biden’s official victory in the election; the accounts of Vice President Mike Pence, First lady Melania Trump, and the White House press secretary will also be archived.

Trump’s social media presence most likely will not be affected, as he will probably continue relying on his personal account @realDonaldTrump as his primary platform, it remains to be seen whether Facebook and Twitter will give the possession of his accounts and posts to NARA for preservation, as  to the law prescribes.