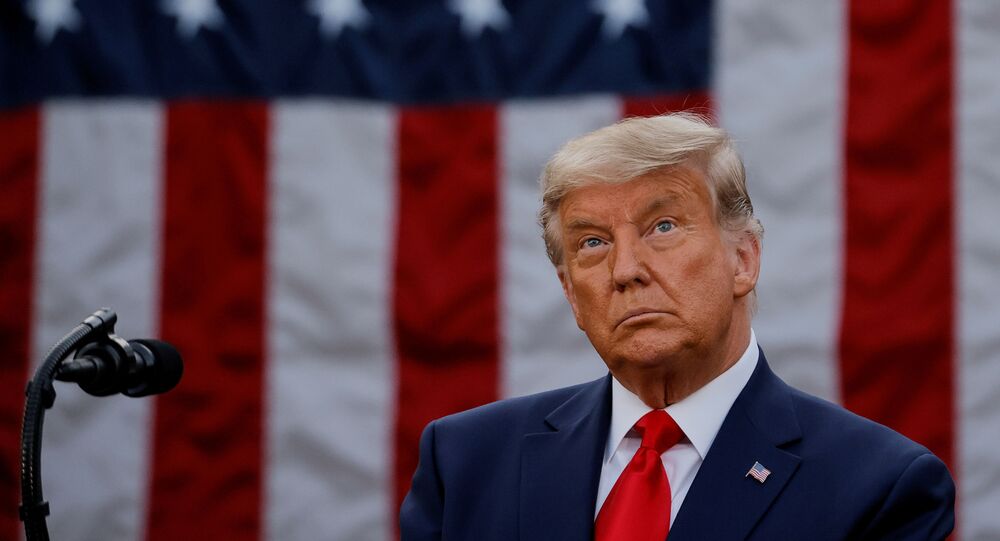 According to mainstream US media projections, President Donald Trump has lost the US presidential election to Democratic candidate Joe Biden. Trump’s campaign has claimed that the election was a "fraud" in several key states, and has gone to court to initiate vote recounts.

The mayor of Atlanta, Democrat Keisha Lance Bottoms, in a Thursday interview with CNN’s Anderson Cooper, suggested that US President Donald Trump would “eat his own children” if it meant that he would win the election.

In commenting on the coming Senate runoff elections in Georgia that are scheduled for 5 January, Bottoms noted that Trump and Republican Senators Kelly Loeffler and David Perdue have been harassing the state’s top elections official, Republican Brad Raffensperger, for his defense of the Georgian electoral system over Trump’s claims that the vote was rigged in favor of Biden.

The Atlanta mayor noted that Trump formerly supported Raffensperger and is now shunning him. Show host Cooper replied, “He'll turn on anybody if the situation warrants it, it seems."

“He will eat his own children, I'm sure, if he found it prudent,” Bottoms said. “But he's now picking a fight with Brian Kemp, also the governor who he was closely allied with. And so it's my hope that even if people did not vote for Joe Biden and Kamala Harris, that they will be so disappointed and disgusted by this behavior.”

"He will eat his own children, I'm sure, if he found it prudent," says Atlanta Mayor Keisha Lance Bottoms of President Trump turning on members of the GOP that don't support his agenda.

"He's now picking a fight with Brian Kemp... the Governor who he was closely allied with." pic.twitter.com/uwBwVuvajt

"There's so many reasons not to be supportive of Donald Trump at this point, and any candidates who are aligned with him. So it's my hope that when people go back to the polls on January 5, they will remember that," Bottoms observed.

On Thursday, however, Trump's team withdrew a lawsuit in Michigan, one of several, suggesting instead that the campaign had achieved its goal of ensuring that every vote had been counted.

US Health Dept. Says Will Not Work With Biden Until Official Announcement of His Victory

Trump Tweets Vote Fraud in Detroit Has Been 'Rampant' For Years