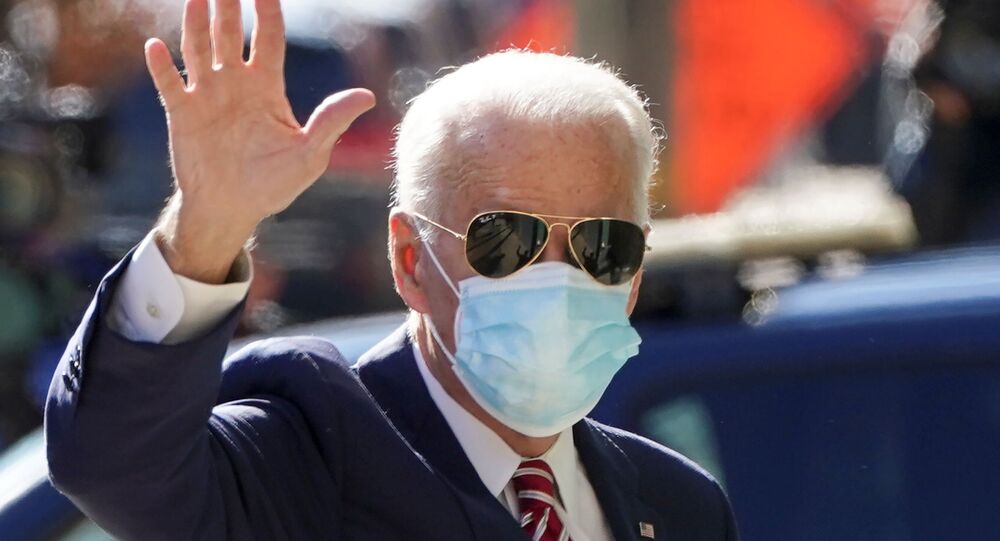 WASHINGTON (Sputnik) - The projected US President-elect, Joe Biden, will be briefed on national security issues on Tuesday, his team said in a statement.

"On Tuesday, November 17, President-elect Joe Biden will receive a briefing on national security in Wilmington, Delaware, which will include a photo spray. Vice President-elect Kamala Harris will also participate," the Monday statement says.

It is unclear who will organize the briefing and whether any members of the Trump administration will participate.

Earlier on Monday, Biden called on US President Donald Trump and his administration to cooperate with Biden's transition team, particularly on national security issues and the coronavirus pandemic.

"More people may die if we don't coordinate," Biden told reporters in Wilmington.

US National Security Advisor Robert O'Brien said on Monday that it looked like Democratic presidential candidate Joe Biden would be declared the winner in the 2020 presidential election, and promised to ensure a professional transition for the new administration when that happens.

"If the Biden-Harris ticket is determined to be the winner, obviously things look that way now, I will have a very professional transition in the National Security Council. No question about that," O’Brien said speaking at the Global Security Forum.

Major US media networks have projected Biden as the winner of the 2020 presidential election. The sitting US president, Donald Trump, however, has consistently disputed election results, claiming fraud and impropriety, while demanding recounts and leveling lawsuits.