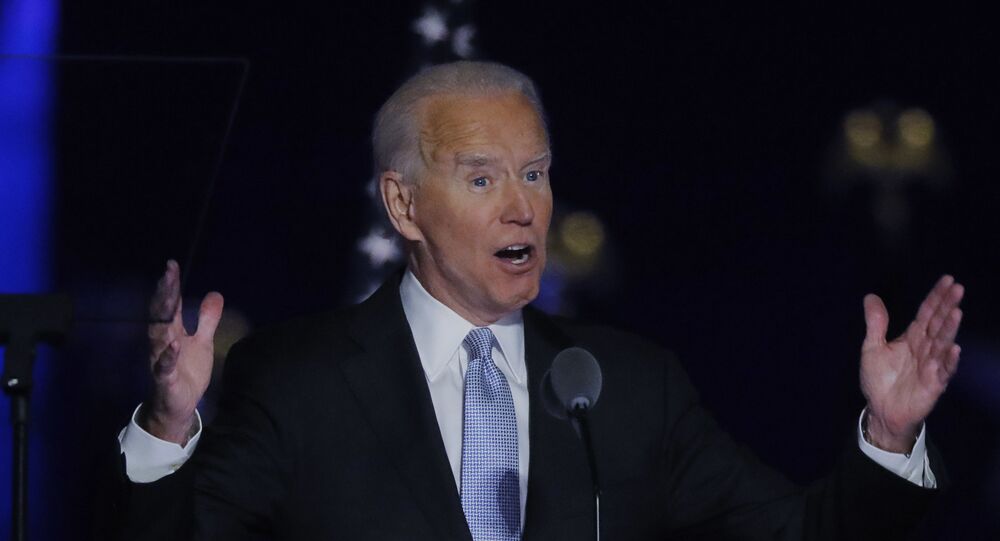 WASHINGTON (Sputnik) - US National Security Advisor Robert O'Brien said on Monday that at present it looks like Democratic presidential nominee Joe Biden will be declared the winner of the 2020 presidential election and promised to ensure a professional transition for the new administration if that happens.

"If the Biden-Harris ticket is determined to be the winner, obviously things look that way now, I will have a very professional transition in the National Security Council. No question about that," O’Brien said speaking at the Global Security Forum.

Major US media networks have projected Biden to be the winner of the 2020 presidential election. However, President Donald Trump has disputed the election results, claiming fraud and improprieties, and seeking redress via recounts and lawsuits.

Many of the US states in which Trump has filed lawsuits have rejected the allegations of election irregularities. Biden’s campaign has dismissed Trump’s claims as "noise" and already announced the launch of the transition of power.

O’Brien said Biden would bring to national security positions "very professional folks," many of whom "have been here before and spent a lot of time in the White House with prior administrations."