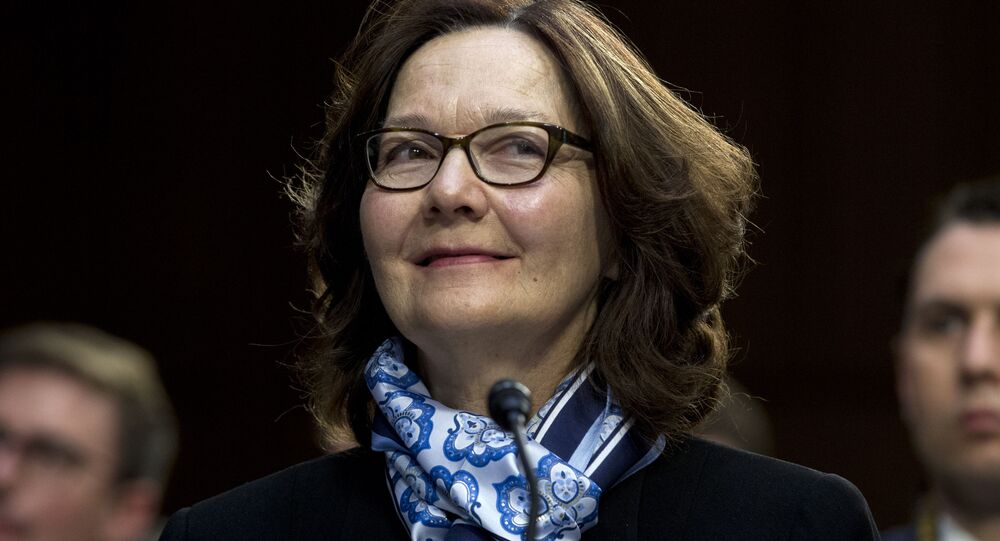 Earlier on Monday, President Donald Trump claimed he had "won the 2020 election", also publishing a series of tweets, in which he lambasted "radical left-owned Dominion voting systems". Although the official tally from the election is yet to be announced, Joe Biden has declared himself US president-elect.

The US president's attorney, Sidney Powell, has called for CIA Director Gina Haspel to be fired for disregarding warnings about voting software that Powell claimed was "designed to rig" the 3 November election.

"Why Gina Haspel is still there in the CIA is beyond my comprehension. She should be fired immediately", Powell told Fox News on Sunday, pointing to alleged problems with Dominion Voting Systems' software used in several of the key battleground states during Election Day.

She referred to an array of "whistleblowers" who she said may confirm that the Dominion software was ostensibly used to scrap "millions" of votes cast in favour of Trump.

When asked about evidence, Powell claimed that she had "lots of ways to prove it", but that she was "not gonna tell on national TV what all we have".

Her remarks echoed those made by President Donald Trump in his latest series of tweets, in which he specifically criticised what he described as "radical left-owned Dominion Voting Systems", also insisting that the US "cannot allow the fake results of the 2020 mail-in election to stand".

This followed the president tweeting that Joe Biden won "because the election was rigged", adding in a follow-up post that he "concedes nothing", as the Democratic contender only won "in the eyes of [the] fake news media".

Why does the Fake News Media continuously assume that Joe Biden will ascend to the Presidency, not even allowing our side to show, which we are just getting ready to do, how badly shattered and violated our great Constitution has been in the 2020 Election. It was attacked,..

....owned Dominion Voting Systems, turned down by Texas and many others because it was not good or secure, those responsible for the safeguarding of our Constitution cannot allow the Fake results of the 2020 Mail-In Election to stand. The World is watching!

Dominion, in turn, claimed in a statement published on its website that it "categorically denies false assertions about vote switching issues with our voting system".

The Department of Homeland Security's Cybersecurity and Infrastructure Security Agency seemed to strike the same tone, insisting "there is no evidence that any voting system deleted or lost votes, changed votes, or was in any way compromised".

The statement came after Trump campaign attorney Jay Sekulow demanded recounts in every state using the Dominion software that he claimed wrongly gave 6,000 votes to Democrats in one Michigan county during the election.

"If 30 states have used the software that there's already proved to be a glitch of 6,000 votes in one balloting area [...] lawyers should be... demanding a manual recount. Post-election litigation is important to protect the integrity of the election process, as the president said, and to protect the constitution frankly", Sekulow asserted.

POTUS also suggested that the "glitches" in voting machines reported at some polling stations on Election Day was evidence of the Democrats trying to "steal" votes from him during vote counting in key states.

The president declines to concede the election to Biden, who earlier proclaimed himself president-elect and is currently involved in forming his transition team, despite the official tally not having been announced yet.