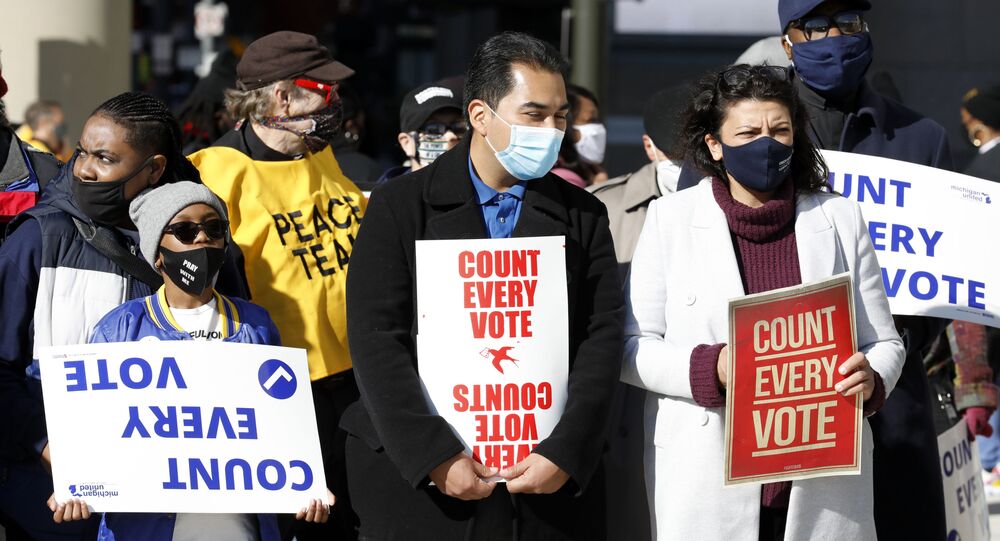 US election results are still being tabulated in several key battleground states, meaning that country’s choice for the next Commander-in-Chief still hangs in the balance. The two-day delay, allegations of voter fraud and impending lawsuits in several states has led to both domestic and international, criticism of the country's electoral system.

"[The contentious result of the 2020 presidential election] says that the system is fundamentally flawed and says that we don't have a real functioning democracy with the ability to have integrity [within] the voting process," Baraka, a veteran human rights activist, said.

Additionally, Baraka believes that the 2020 campaign continues the "deterioration of some of the legitimacy of the political process" in the United States.

The former vice-presidential candidate cites the lack of an alternative third party choice, that has been precluded by the US’ Democrat and Republican political duopoly, according to him.

The veteran human rights activist notes that the disputed results will result in the most litigated election in US history, surpassing the complexity observed in the 2000 presidential election, which saw George W. Bush win the election after a long legal battle decided in the Supreme Court over vote counting in the state of Florida.

Baraka does not rule out the possibility of Supreme Court intervention in 2020.

Also, the activist shared his belief that the 2020 US presidential election would be deemed as 'corrupt' and 'anti-democratic' if an analogous process was observed in another country.

"[If a similar electoral process was observed in another country, the US] would probably condemn it as an example of a corrupt and anti-democratic process," Baraka said.

Additionally, Baraka believes that if a similar situation occurred elsewhere, the United States may have decided on a preferred candidate days earlier, and began building an international coalition to legitimize the said candidate on the global stage, as was done in Venezuela, according to him.

Organization for Security and Co-operation in Europe (OSCE) observers said that the US election was conducted in conjunction with democratic principles and that they witnessed no evidence of wrongdoing, albeit noting that excessive partisan rhetoric undermined confidence in the electoral process.

Democratic challenger and former Vice President Joe Biden currently holds an advantage over incumbent US President Donald Trump in both the popular vote and electoral college count, according to Fox News. Furthermore, Biden is ahead in the state of Nevada, whose six electoral votes would carry him to the 270-electoral vote threshold required to win presidency.

Both the Trump and Biden campaigns have said throughout the day that they are confident their candidate will emerge victorious once the results are finalised.