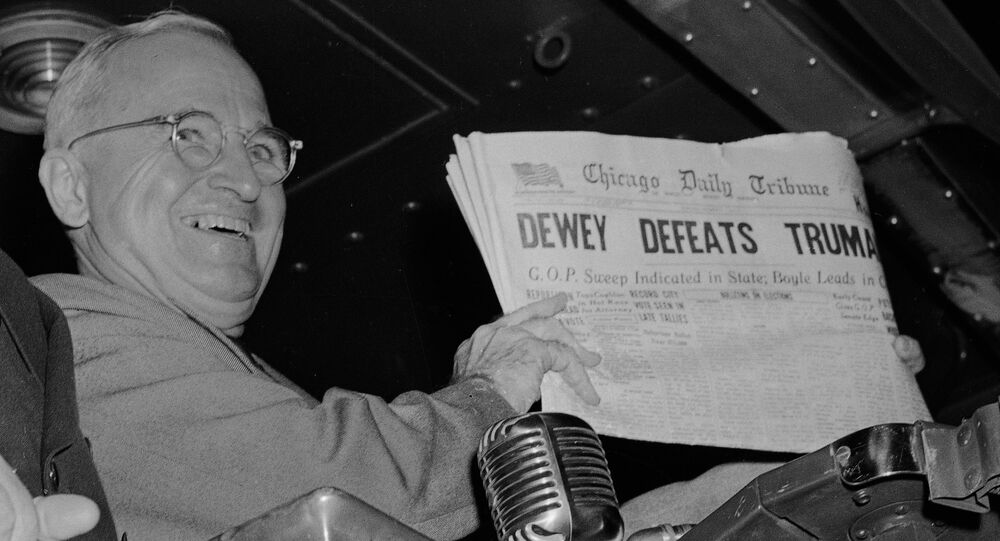 Too Close to Call: Why 2020 Election Has Echoes of Some of the Tightest Races in US History

Donald Trump has claimed he is "winning everything," but millions of votes are still to be counted in crucial swing states like Pennsylvania and North Carolina. The 2020 election is shaping up to be one of the closest in US history.

Moments after President Trump stepped into the East Room at the White House and told a crowd of supporters: "We did win this election" a CNN news presenter said: "Almost everything the president just said is not true."

Joe Biden said: "We feel good about where we are, we really do, I'm here to tell you tonight we believe we're on track to win this election."

Neither Trump or Biden has yet been projected by to win enough electoral college votes to win the White House and with hundreds of thousands of mail-in votes still to be counted, it could be several days before a winner is declared.

​It is a stark contrast with 2016 when Hillary Clinton conceded defeat to Trump after being projected to lose Michigan, Wisconsin, Ohio and Pennsylvania.

But several US elections have been extremely close.

The Democrats had held the White House since 1992 when the charming and charismatic Governor of Arkansas, Bill Clinton, swept to power, defeating George H. W. Bush.

Clinton’s Vice President was Al Gore, a former Tennessee senator whose wife Tipper was arguably more famous because of her long-running fight against obscene lyrics in rock music.

In 2000 Gore stepped up to become the Democratic candidate and, in a quirk of fate, his opponent turned out to be none other than Bush’s son, George W. Bush, the then Republican Governor of Texas.

© AP Photo / Alex Brandon
Former Presidents Bill Clinton, left, and George H. W. Bush smile at each other on the podium at the Tulane University Commencement in New Orleans on 13 May, 2006.

It was a clash of styles between the highly intelligent, erudite but slightly arrogant Gore and the folksy Bush, who would later be portrayed by satirists as a dullard.

The election was a close fought race and on the night Gore had 266 electoral college votes to Bush’s 246 with only Florida left to declare.

After a recount Bush was declared to have won the Sunshine State by 537 votes - a margin of 0.009 percent - and those 25 electoral college votes were enough to win him the White House.

But the Gore campaign cried foul, claiming a number of votes for him - the infamous "hanging chads" - had been wrongly discounted. 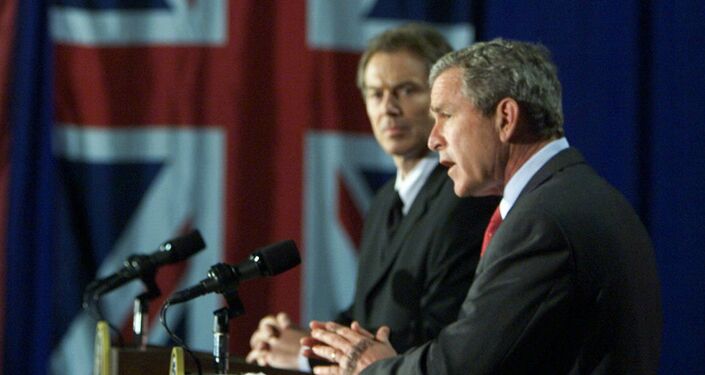 With a lame duck president in the White House, the argument went all the way to the US Supreme Court where, on 12 December 2000, they narrowly reversed Florida Supreme Court’s decision to order a statewide recount.

Bush - later nicknamed Dubya - had won, and 10 months later would be President when Osama bin Laden declared war on the US on 9/11.

The Republican Governor of New York, Thomas Dewey, had been soundly thrashed in 1944 by the wartime President, Franklin Delano Roosevelt.

Roosevelt died in April 1944 and was succeeded by his Vice President Harry S. Truman, who stood for re-election in 1948.

Dewey, still only 46, was a sucker for punishment and won the Republican nomination again, fighting off a challenge from war hero General Douglas MacArthur.

As an attorney, Dewey had prosecuted New York mafia boss Charles “Lucky” Luciano in the 1930s and he relished a fight.

The 1948 campaign was complicated by the presence of a third candidate, Strom Thurmond, running for the States’ Rights Party, better known as the Dixiecrats.

That posed a grave threat to Truman and with Dewey winning Pennsylvania, New York and several Midwest states, he looked likely to win on election night.

That is why the Chicago Tribune famously printed an early edition of the paper with the headline “Dewey Defeats Truman”.

But the Democrats won California, Texas, Ohio and much of the rest of the country and when all the votes were in, Truman had 303 electoral college votes and Dewey only 189.

When he took a train from his home in Missouri to Washington DC, Truman stopped at St Louis and held up a copy of the Tribune front page to his cheering supporters as he grinned from ear to ear.

The post-war economic boom in the United States led to unprecedented prosperity and the Republicans surfed the wave, with Dwight Eisenhower steamrollering to victory in 1952 and 1956.

When his Vice President, Richard Nixon, stood for election in 1960 he was expected to win easily but the Democrats chose a handsome, telegenic young senator from Massachusetts, who managed to tune into the zeitgeist and inspire many young, black, female or college-educated voters who were tired of the “old ways”.

As a result the 1960 election was extremely close.

But with Texas, New York and several other big states in his column, Kennedy won by 303 electoral college votes to 219.

Charles Evans Hughes, the son of a Welsh immigrant, is a long-forgotten figure in American politics but he came very close to being elected President in 1916.

The incumbent, Woodrow Wilson, a Democrat, was proud of his record of keeping the US out of what would later be known as the First World War.

He fought the 1916 campaign with the slogans “America First” and "He kept us out of war" but Hughes criticised Wilson for not getting the US war-ready, especially with the Mexican Revolution on its doorstep and Pancho Villa raiding across the border.

On election night the result was too close to call.

It is said that after the hairbreadth election of 1916, a reporter called the hotel of the Republican candidate, Charles Evans Hughes, and was told “the President is sleeping.” The reporter said, “When he wakes up, tell him he isn’t President any more!”

​Evans Hughes won the industrialised northern states, including New York, Pennsylvania, Illinois and Michigan, where there were many German-American voters who disapproved of Wilson’s open support for Britain in the war in Europe.

The Democrats won the South resoundingly but it all came down to a handful of swing states, including Tennesse, Ohio, Missouri and California.

Wilson narrowly won all four - including California by a margin of just 3,773 votes - and scraped past the winning line, with 277 electoral college votes to 254 for Evans Hughes.

Evans Hughes, a lawyer by trade, later became Secretary of State under President Warren G. Harding and in 1930 was nominated to sit on the US Supreme Court.