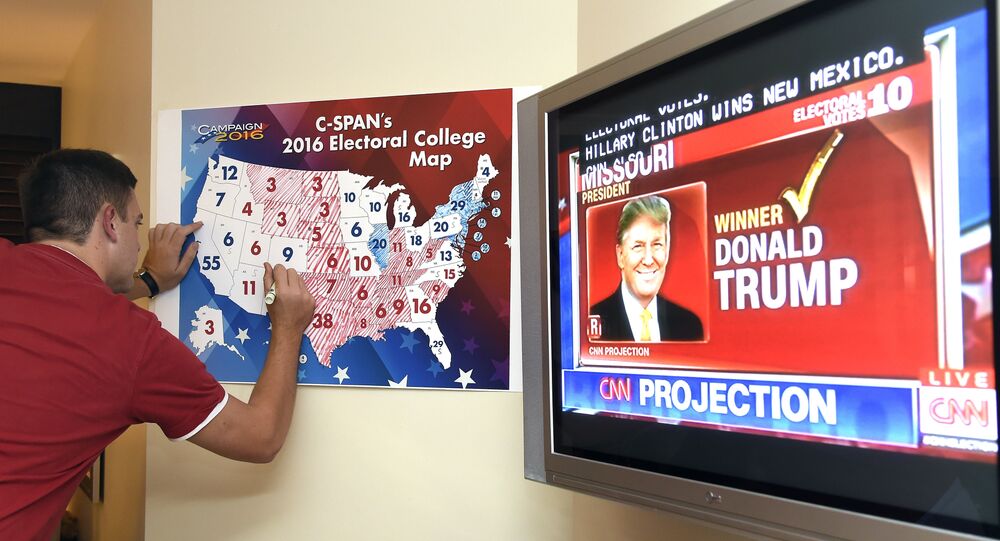 Although the practice of making color-coded electoral maps in the United States reportedly dates back to late 19th century, red was often used to represent the Democrat party and blue stood in for the Republicans.

Although the colours red and blue have now become firmly associated with Republicans and Democrats respectively, as far as electoral maps in the United States are concerned, this color scheme is “relatively new”, as Live Science puts it.

According to the media outlet, though the colors in question "have often been used to stand in for opposing sides in US political history", they only got "consistently" assigned to the Republican and Democrat parties since the 2000 election and the publishing of their first full-colour electoral maps by USA Today and The New York Times.

"I just decided red begins with ‘r,’ Republican begins with ‘r.’ It was a more natural association," Archie Tse, then senior graphics editor for the Times, said as quoted by the Smithsonian magazine back in 2012. "There wasn’t much discussion about it."

However, as Live Science points out, citing the History Channel, even though the first colourful electoral maps were broadcast on television in the United States as long ago as 1976, "there was no consistency between networks as to what colours were used for which party".

© REUTERS / MIKE BLAKE
US Election 2020 Timeline: What to Watch For on Election Night

And according to Geography Realm, with the "practice of dividing elections of the country by colour" being traced as far back as 1883, red was often used to represent the Democrat party whereas blue stood for the Republicans.

That came to an end during the 2000 election, when major networks in the US "banded together" to keep the colour scheme consistent, thus making “reporting contested electoral college numbers and the Florida recount a less confusing task".

"It took weeks to call the election, and by that time the colour associations were set", Live Science added.