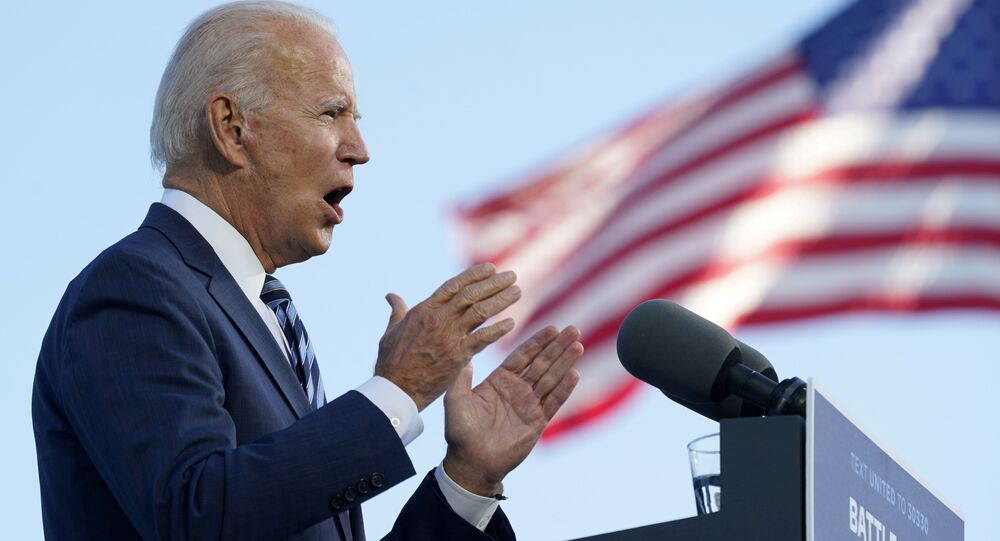 Pennsylvania currently emerges as a key battleground for the two presidential contenders with 20 election college votes to grab. Both Biden and Trump have campaigned extensively in the state that in 2016 has been won by the incumbent president with less than one percent advantage over Hillary Clinton.

The future of the White House could all “come down” to Pennsylvania, ABC correspondent and founder of the polling website FiveThirtyEight Nate Silver said during “This Week”. The statistician believes that without winning the swing state, former vice president Biden “becomes an underdog” in the race.

“Pennsylvania has not bumped up to a 7- or 8-point Biden lead like we see in Michigan and Wisconsin”, Silver said, citing current polling data which suggests that on average Biden has a less than 5% advance in the state over the incumbent president.

"Maybe a lot of little things add up and Biden loses Pennsylvania by half a point, and then he doesn’t quite pull off Arizona or North Carolina. He does have other options,” the pollster explains, noting that winning the territory, which has 20 electoral votes, is still crucial for the Democratic candidate to land in the White House.

In the Electoral College system in the US, the candidate should get more than 270 electoral votes to be declared a winner, with each state assigning a certain number of electors based on the number of Congress representatives. California has the largest number of electoral votes (55), followed by Taxes (38), New York and Florida (29), Pennsylvania and Illinois (20). In most of the US states, all electoral votes should go to the winner of the popular vote in the territory.

Back in 2016, it was Donald Trump who outrun Hillary Clinton in Pennsylvania by less than a percentage point, eventually nailing all electoral votes in the state.

© AP Photo / TOM BRENNER
A boy in the audience gives a thumbs-up during US President Donald Trump's campaign rally at Erie International Airport in Erie, Pennsylvania, US, October 20, 2020

Currently, polling aggregated by FiveThirtyEight predicts Joe Biden outperforming Trump in Pennsylvania and nationwide, as there is a 89% chance that Joe Biden will be sworn in next year, according to Silver’s forecast.

Much of this still depends on Pennsylvania results, where only 2.4 million votes have been cast so far and the majority of ballots are still expected to arrive only on the Election Day.

Despite the majority of polls are currently predicting that 2020 presidential election would be won Joe Biden, it should be said that four years ago very few surveys predicted right, with most forecasting a Hillary Clinton win in Pennsylvania and Florida.

It was Atlanta-based Trafalgar Group, however, that correctly divined Donald Trump’s victory in several key states back in 2016. This year, the pollster says that the incumbent president will eventually be re-elected with “a minimum high 270s”, as he would outperform Biden in Michigan, North Carolina, Ohio, Georgia, Florida and Arizona due to a “hidden” base of Trump supporters, whose preferences are usually not reflected in the surveys.