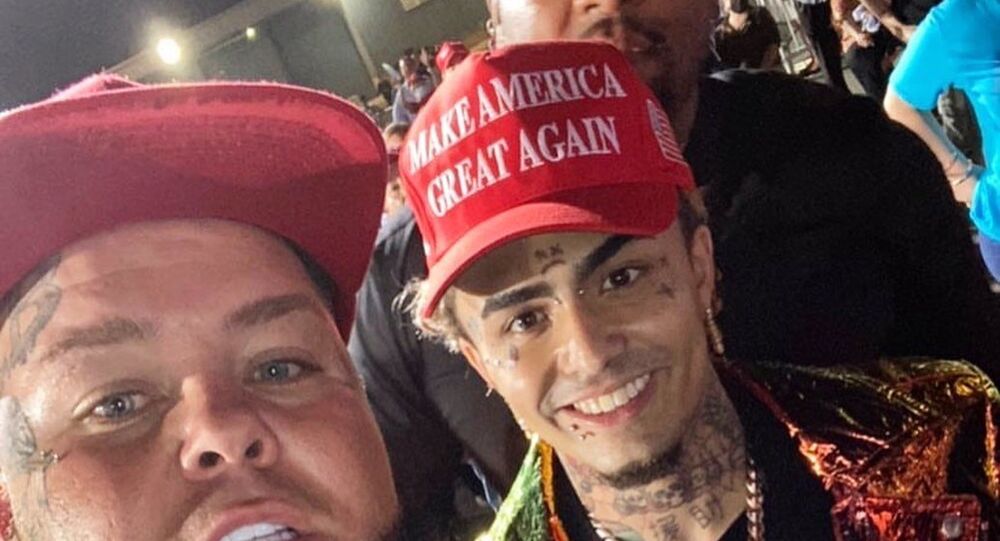 Miami-born Rapper Lil Pump  endorsed Trump a week before the Opa locak rally, saying he was angry at Democratic candidate Joe Biden's pledge to raise taxes on the highest-earning Americans like himself.

Rapper Lil Pump has doubled down on his declared support for Donald Trump, attending one of the president's re-election campaign rallies in Florida.

Pump, born Gazzy Garcia, posted a video of himself on social media at Trump's rally at the Miami-Opa locka Executive airport in the Sunshine State on Sunday night.

Catholics for Trump Executive Director Cath O'Neill grabbed a selfie with the musician, known for his overt drug abuse, at the event.

The 20-year-old Miami-born rapper also posted a video On Saturday, vowing to emigrate to Colombia if Trump does not win re-election on Tuesday.

​Garcia had already endorsed Trump a week earlier, saying he was angry at Democratic candidate Joe Biden's pledge to raise taxes on the highest-earning Americans.