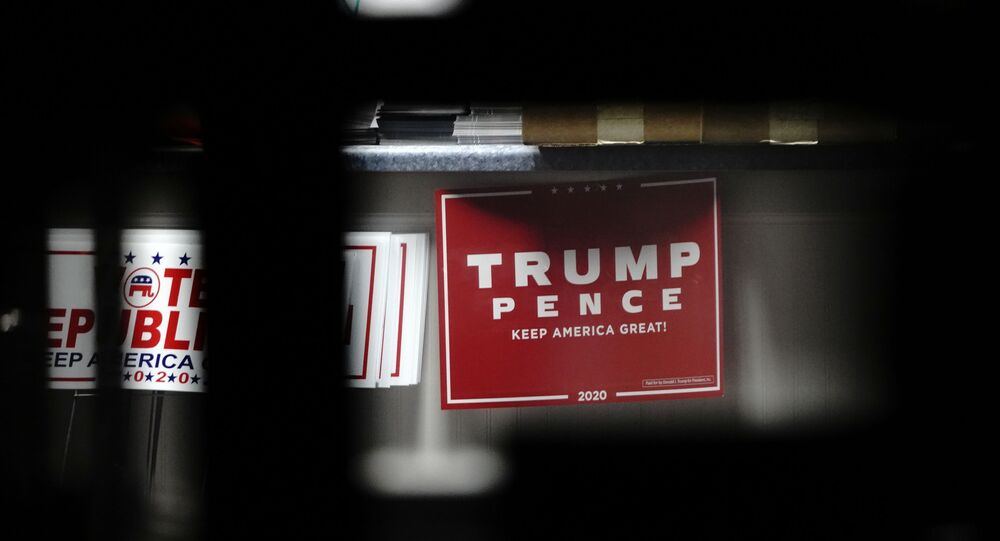 Less than a week before the November vote, Wisconsin emerges as one of the key battlegrounds for Democratic contender Joe Biden and incumbent president Donald Trump. Back in 2016, it was the Republican candidate who won the territory’s 10 electoral votes.

Republican Party of Wisconsin had $2.3 million stolen by hackers from its account that was being used to help President Trump’s re-election bid, its chairman Andrew Hitt told the Associated Press.

Hitt revealed that the party first noticed suspicious activity on 22 October, as they had found an invoice that should not have been generated. The office then contacted the FBI, which is still investigating the matter, the chairman said.

According to the official, the hackers have altered invoices and relevant documents from four vendors who were providing the party with pro-Trump products, such as hats, as well as from those who were paid to send out mail to help with the president’s re-election efforts.

Apparently the hacking, which Hitt said started as a phishing attempt, has led to the money being sent out to cyber-attackers instead of the intended vendors.

“These criminals exhibited a level of familiarity with state party operations at the end of the campaign to commit this crime”, the party’s chairman said in a statement.

No data appears to have been stolen, the party’s spokesman Alec Zimmerman said.

The money was taken from the federal account of the Republican Party of Wisconsin, which currently has about $1.1 million, according to Zimmerman. This sum is said to be fluctuating daily, while the stolen money expected to be used in the final days of the campaign with “snap spending decisions” in relation to the tight race between Joe Biden and the incumbent president.

Wisconsin, a key battleground state in the election race, is currently witnessing a slight lead for the former vice president over Trump, according to several polls.

US Election Project estimates that over 1.6 million Wisconsin voters have already cast their ballots.

The New York Times previously reported that Donald Trump's campaign was experiencing a “cash crunch”, while the president said that he was ready to invest his personal money on the election campaign if he had too.

Donald Trump visited Wisconsin on Tuesday, his second rally in the state in the last seven days, and is also planning on holding a campaign event there on Friday at Austin Straubel International Airport.