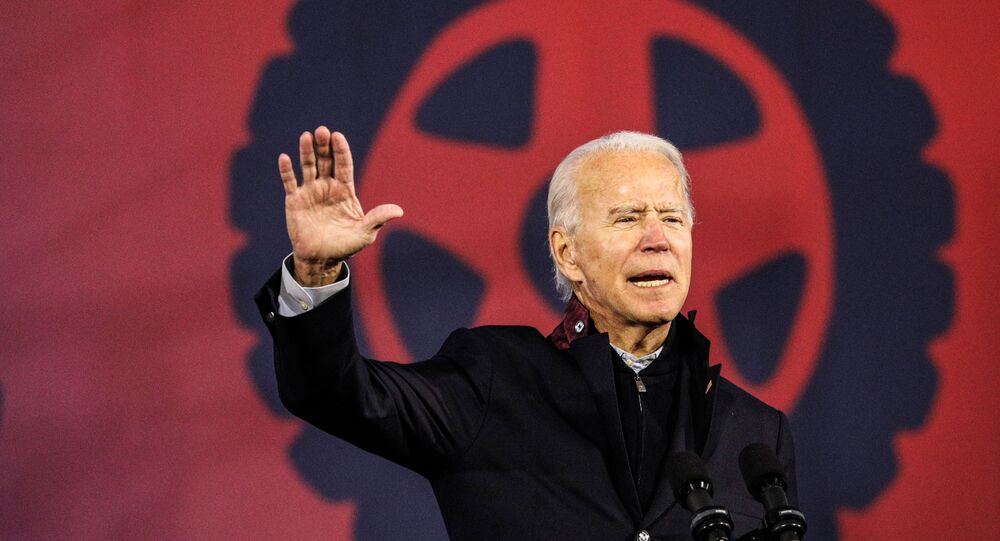 Moscow has repeatedly rejected allegations about Russia's interference in the US presidential election.

Moscow denies Joe Biden's claims of a Russian threat, Russian presidential spokesman Dmitry Peskov said on Monday, adding that this "threat" is not true at all and is just an attempt to inspire hatred towards Russia.

"This is absolutely not true, we totally disagree with that. We can only regret the fact that this is how total hatred for the Russian Federation is being promoted, that our country is portrayed as an enemy. This is not true," Peskov said.

This comes after the US Democratic presidential hopeful Joe Biden told CBS on Sunday that he viewed Russia as "the biggest threat to America right now" with regards to US security and the country's alliances.

Last week, Biden and incumbent US President Donald Trump held their final debate ahead of the November 3 presidential election, during which Trump claimed that Biden had received $3.5 million from Russia through President Vladimir Putin. Biden rejected the allegation, adding that he had not ever taken a "penny" from foreign sources.

Russian President Vladimir Putin refused to comment on Trump's claims. "No comment," he said, as aired by the Rossiya 1 broadcaster on Sunday.

Meanwhile, commenting on the final presidential debate in the US on Friday, Dmitry Peskov said that Trump and Biden had been competing "for who dislikes Russia more". Russia's presidential spokesman repeatedly rejected all allegations that Moscow had attempted to interfere in US domestic policy.