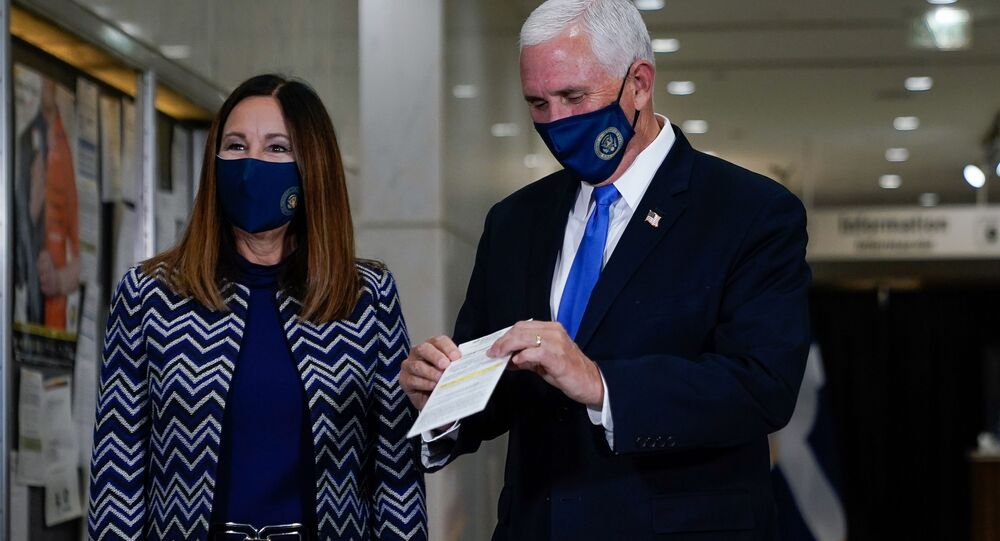 Pence, who is 61 years old, has a higher risk of developing severe illness from COVID-19. However, his office noted that the politician doesn’t plan to quarantine himself after at least five of his aides tested positive for the disease.

Senate Minority Leader Charles Schumer blasted US Vice President Mike Pence for violating the coronavirus guidelines issued by the US Centres for Disease Control and Prevention (CDC). Schumer told lawmakers to spend as little time as possible in the Senate during the vote on Donald Trump’s Supreme Court nominee, citing the coronavirus danger posed by Mike Pence.

The Senate minority leader told lawmakers not to congregate in the Senate chamber and to cast their votes "quickly and from a safe distance".

Despite an outbreak of the coronavirus among several of his aides, Vice President Mike Pence signalled that he wouldn’t self-quarantine, but would rather continue campaigning and attending work. Devin O’Malley, a spokesman for the vice president, said Pence and his wife Karen had tested negative for the disease late on Saturday. He noted that the politician, who is also the president of the Senate, "wouldn’t miss" the vote on Donald Trump’s Supreme Court nominee "for the world". The vote is scheduled for 26 October.