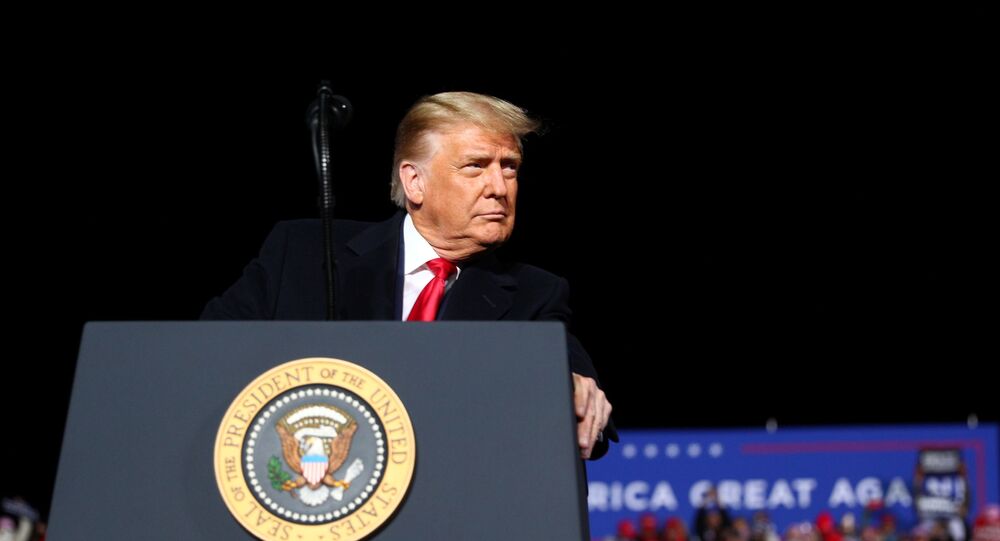 In the run-up to the last US presidential election, very few doubted that it would be Hillary Clinton who would take over the White House thanks to what all the polls were saying. Current polls predict Democrat candidate Joe Biden outstripping the incumbent president, but not everyone believes the polls are representative of what is going on.

US President Donald Trump is going to get re-elected in November because of support from the “hidden Trump vote” which is not reflected in many polls, Trafalgar Group chief pollster Robert Cahaly told Fox News host Sean Hannity on Tuesday.

“I see the President winning with a minimum high 270s and possibly going up significantly higher based on just how big this undercurrent is,” Cahaly predicts, referring to electoral votes, of which 270 are needed to be declared a president of the US.

Back in 2016, it was Trafalgar Group that forecast Trump’s win in Pennsylvania and Florida, despite most of the polls claiming Hillary Clinton would enjoy a strong lead in the territories. It was also the only polling company that said Trump was going to win Michigan.

This time, the pollster predicts, Trump will outrun Biden in the key battleground states of Michigan, North Carolina, Ohio, Georgia and Florida, whereas most of the mainstream surveys now suggest that the majority of votes in those areas will go to the former vice-president. In Arizona, the Trafalgar Group says, Trump is actually leading Biden by four points.

​According to Cahaly, these discrepancies in polling should be explained by the fact that many conservatives and fans of the President, referred to by him as “the shy Trump voter”, are scared of openly declaring their support for POTUS, fearing they will be derided for not being “in line with political correctness” that currently dominates the American liberal establishment.

“There is a clear feeling among conservatives and people that are in favour of the President that they’re not interested in sharing their opinions readily on the telephone. These people are more hesitant to participate in polls”, Cahaly said, suggesting that any survey should compensate for the fact that it can be difficult “to get honest answers”.

The Trafalgar Group, a polling company based in Georgia, is known for adjusting the results of its surveys to a “social desirability bias”, an effect implying that respondents would try to adapt their answers to what they think the pollster would be willing to hear, rather than revealing what they actually believe.

© AP Photo / TOM BRENNER
A boy in the audience gives a thumbs-up during US President Donald Trump's campaign rally at Erie International Airport in Erie, Pennsylvania, US, October 20, 2020

Back in 2016, it was predicted that Hillary Clinton had nearly an 80 per cent chance of winning the presidential election. Clinton had indeed won a popular vote back then but Donald Trump got the majority of electoral college votes, 304, after declaring a victory in most of the states.

The US is known for its system of the Electoral College, which can be confusing to many. During the presidential elections, each state is allocated a certain number of electoral college votes based on the amount of people living there (for example 55 for California) with candidates competing for 538 votes overall. In most of the US states, the runner who gets the highest support in the territory is assigned all electoral college votes. Electors will then meet after the second Wednesday in December to vote for the candidates chosen in their states. This year, the assembly is expected to be held on 14 December.