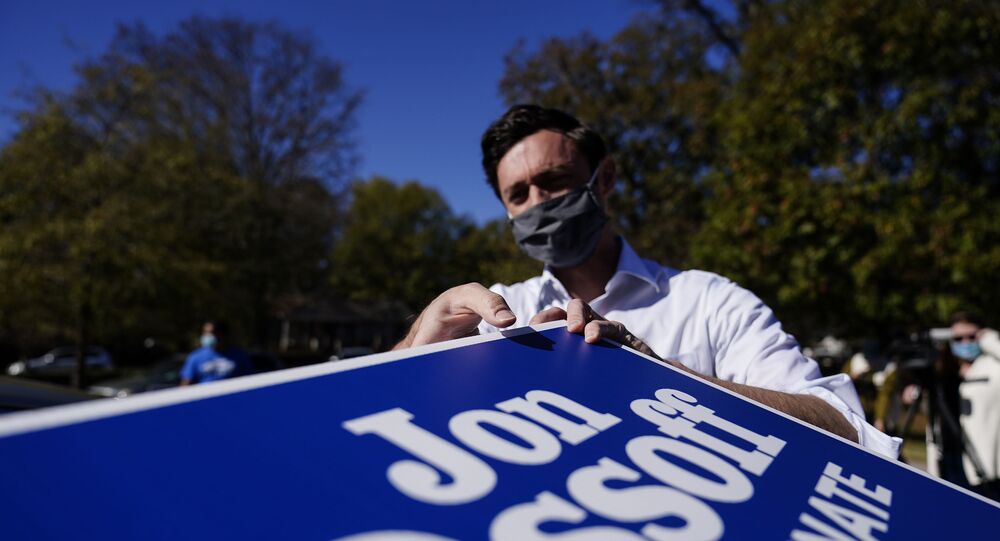 The US Senate's majority will be decided based on the outcome of a Georgia runoff election scheduled for 5 January, in which Democrats Jon Ossoff and Raphael Warnock will attempt to unseat GOP incumbents David Perdue and Kelly Loefller.

Democratic Senate candidate Jon Ossoff, during a campaign event on Sunday, said that US Immigration and Customs Enforcement (ICE) must make sure that the so-called 'Dreamers' are paid minimum wage in the US.

He expressed his support toward the Dreamers, a nickname for recipients of the Deferred Action for Childhood Arrivals (DACA), when questioned by a woman who identified herself as a Dreamer.

“Dreamers, DACA recipients are every bit as American as any of us, and I will have your back in the US Senate,” Ossoff said. "In Georgia’s agricultural sector, the campesinos [farm workers] who work in the fields, enduring some of the most brutal conditions of labor anywhere in this country to keep America fed, paid less than the minimum wage, [are] often subject to abuse by employers. When federal agents arrive at one of these farms it should be to make sure people are being paid the minimum wage, working in humane conditions."

Dreamers, DACA recipients, are every bit as American as any of us.

I will have your back in the Senate. pic.twitter.com/CuQ6UB0TWb

DACA, created in 2012 by the administration of former US President Barack Obama, allows those brought in to the US illegally as minors to remain in the country. Since 2017, DACA has been continuously attacked by the Trump administration, with the sitting president insisting that the program was unconstitutional and trying to end it through the use of the Supreme Court. His attempts, however, have been fruitless, as SCOTUS ruled in June that Trump did not follow the necessary procedures.

© AP Photo / Ben Gray
Over 1.2 Million Georgia Voters Request Mail-In Ballots Ahead of Critical Senate Runoff Elections
Earlier in December, DACA was fully restored by a federal judge, after acting secretary of the Department of Homeland Security, Chad Wolf, ordered in a memo that only those who previously enrolled in the program could apply for its benefits, preventing first-time applicants from participation.

Ossoff, along with fellow Democrat Raphael Warnock, is running for the Senate seats in Georgia against GOP incumbents David Perdue and Kelly Loefller. Georgia's runoff election is scheduled for 5 January, and its outcome will decide which US political party has the majority vote in the US Senate.