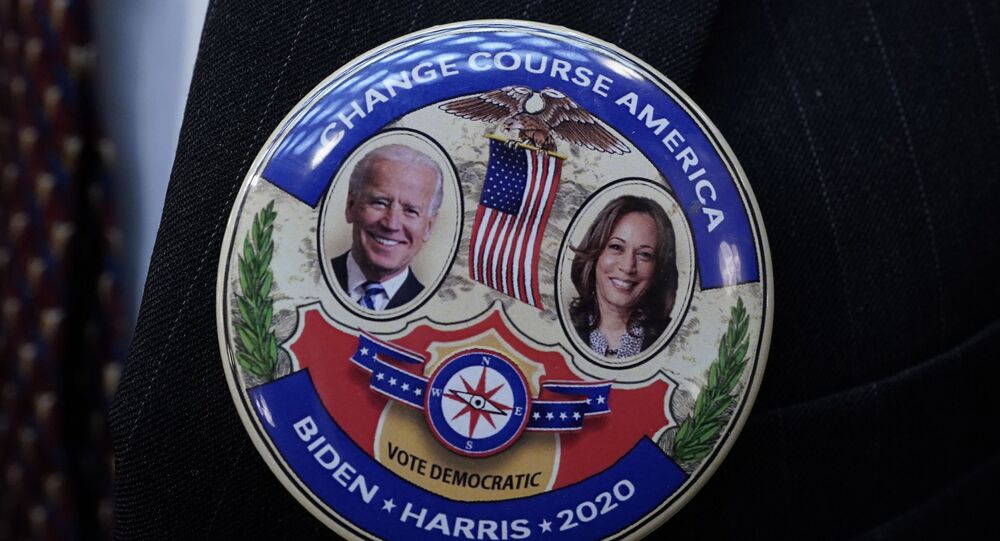 It takes 270 of the available 538 electoral votes to become a US president. According to media projections made soon after the 3 November Election Day, Biden was expected to secure a total of 306 electoral votes, while the incumbent president, Donald Trump, would receive 232.

After the electors of 49 US states and the District of Columbia convened on Monday to cast their votes, Joe Biden has been pushed over the threshold of 270 votes required to secure the victory in the 2020 presidential race.

The state of California was among the last states for the electors to vote, awarding the Democrat 55 electoral votes - the campaign's largest prize - and propelling him to receive a total of 302 electoral votes. His Republican rival, incumbent President Donald Trump, received 232 votes. Later, the state of Hawaii wrapped up the Electoral College vote, handing Biden four final points to his tally and making it 306 - a score that matches with the media projections.

During the Electoral College vote, there were no “faithless” votes recorded, meaning that no electors chose to deviate from the public endorsement of that state's popular vote.

Moments after the Electoral College vote results in California were announced, it was unveiled that US Attorney General Bill Barr would leave his post on 23 December. Trump tweeted Barr's resignation letter, saying that the AG "has done an outstanding job".

Biden was projected by US mainstream media to have won the 2020 presidential race shortly after election day. The projections were opposed by Trump, who refused to concede, claimed widespread election fraud and attempting to use the courts to challenge the outcome of the election, demanding recounts in several battleground states.

All legal attempts were in vain, however, as lawsuits filed by the Trump legal team were denied in court. On Monday, all six battleground states that were challenged by Trump - Nevada, Georgia, Pennsylvania, Arizona, Michigan and Wisconsin - cast their votes in favour of Biden.

Republicans in these states held what they referred to as alternative electoral voting, symbolically giving their votes to Trump and challenging Biden's victory.

"Because the President’s lawsuit contesting the Georgia election is still pending, the Republican nominees for Presidential Elector met today at noon at the State Capitol today and cast their votes for President and Vice President," Georgia Republican leader David Shafer tweeted on Monday.

The Electoral College vote is not the final step in the process of selecting a president, as the Monday votes are sent to the US Congress to be counted and certified on 6 January, 2021. The new president will take the oath of office on 20 January, 2021.