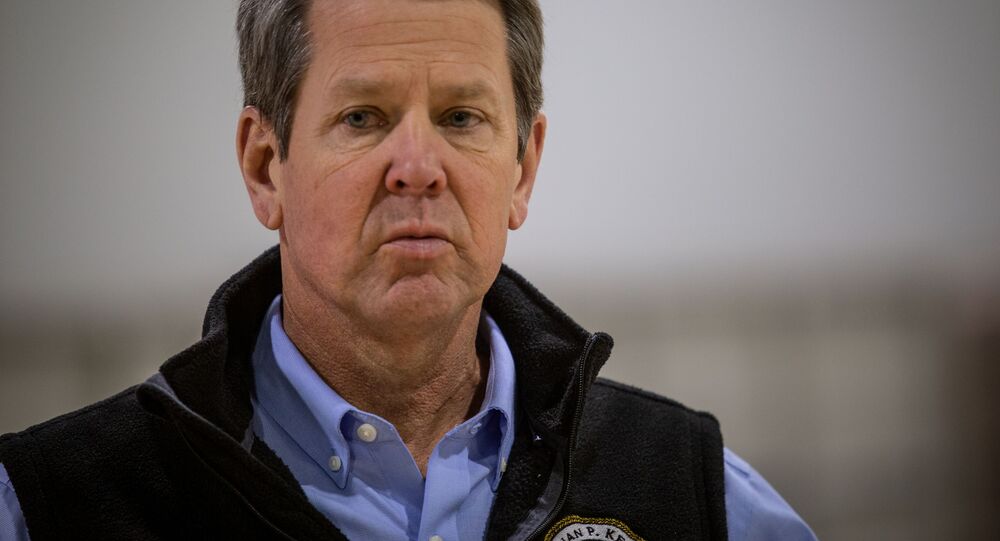 The US president called on the governor to convene a special session of the state legislature after Georgia’s Secretary of State Brad Raffensperger refused to conduct a signature audit of the ballots.

Georgia's governor, Republican Brian Kemp, has warned state lawmakers that they will not be gathering for a special session to pick the electors who will vote in the upcoming Electoral College for the next US president. Kemp said that such a scenario, which could be undertaken if the ballot-counting results can't be certified or if the accuracy of the counting is questioned, was "not an option" for Georgia.

"You all will be taking an oath to uphold the laws and constitution of our state [...] I'm confident that each of you will live up to the words and greater calling regardless of political consequences. That’s what I’ve been doing", Kemp said.

The governor's instructions to the state lawmakers come in the wake of US President Donald Trump blasting Kemp's inability to carry out an audit of ballot signatures after new evidence suggesting voter fraud was unearthed by the president's legal team. The published footage showed poll station workers in Fulton County pulling out several cases with ballots to be counted after they told observers that the process would only be continued the next day, thus continuing to tally votes without proper monitoring.

POTUS suggested that if Kemp is unable to carry out an audit, he could at least call a special session of the state legislature. Kemp said he believes that such an audit should be carried out, but noted that it was local Secretary of State Brad Raffensperger's decision. The latter refused to call for a signature audit.

A special session would be held should the state be unable to certify the election results, but Georgia certified Biden's victory over Trump after carrying out a recount and a hand audit, which confirmed the Democrat's slim win. Still, POTUS insists that the election in Georgia, as well as in several other swing states, had been "rigged" against him, refusing to concede and threatening to dispute the outcome in courts. His legal team, however, has so far failed to flip any of the disputed states in the Republican's favour.

The president's son, Donald Trump Jr, in turn, ripped calls to boycott the upcoming Georgia run-offs in January that have been sounded by some Republicans. He stressed the importance of Republicans securing Georgia's two Senate seats, as this would help the party keep its majority and preserve the "legacy" and "accomplishments" of Donald Trump.

"Everything that he’s accomplished is on the table as far as I’m concerned in this election. So if you’re a Trump guy, if you believe that, you’d be foolish to listen to a few individuals who say, ah, just sit at home. It’s as though they’re working for the Democrats and giving the Democrats and Chuck Schumer everything he’s dreamed of for a long time", Trump Jr said.

The president's son argued that the calls for boycotting the 5 January run-offs are something the Democrats dream about, since this way they will be able to push their agenda. According to him, "freedom", "individual rights", and the Second Amendment would suffer from the Democrats' actions should the Senate flip blue. Trump Jr also suggested that such a scenario would enable the Democrats to pack the Supreme Court, which has a majority of justices appointed by Republican presidents, and to give statehood to Washington DC, which historically supports the Democratic Party.

Trump Names 'Happiest People in the World' During Georgia Rally