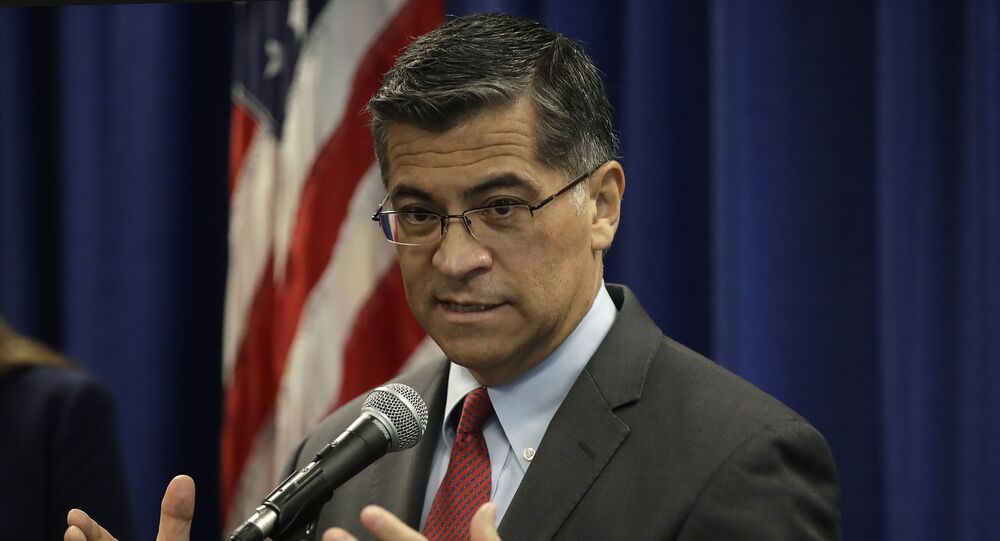 Xavier Becerra, the first Latino to head the California Justice Department, will reportedly now lead the US Department of Health and Human Services at a time when the nation is hopefully dealing with the aftermath of coronavirus pandemic.

Projected president-elect Joe Biden is to pick California Attorney General Xavier Becerra, 62, as his nominee for the position of US Secretary of Health and Human Services, according to a Sunday report by The New York Times.

According to NBC, Biden offered the position to Becerra in a Sunday phone call.

Biden reportedly made his choice during recent days, a surprise to those familiar with the matter, as Becerra's record is largely connected with criminal justice, immigration and tax policy. Due to that, the report said, the California AG was initially thought to be in consideration for the position of US attorney general.

If a reported Becerra candidacy is confirmed by the Senate, he will take over a branch in the middle of a coronavirus pandemic raging across the United States.

Biden plans to officially announce his pick early this week, along with candidates for top health care advisers, The NYT reported, citing people familiar with the Democrat's intentions.

Following Kamala Harris in California's Justice Department after she was elected to the Senate, Becerra is known to support the Affordable Care Act and, according to the NYT, is a vocal supporter of increasing resources for women's health.

"Attorney General Becerra has decades of experience serving the people of California through appointed and elected office, where he has fought for working families, the vitality of the Social Security and Medicare programs and issues to combat poverty among the hardworking families", his profile on California Justice Department says. "He has also championed the state’s economy by promoting and addressing issues impacting job generating industries such as health care, clean energy, technology, and entertainment."

Becerra served 12 terms in Congress as a member of the House of Representatives. He became the head of the California Justice Department after Harris, now Biden's running mate, was elected to the Senate.

Biden, who is projected to win the 3 November presidential election, needs to receive the 14 December Electoral College vote for him to officially become president and assemble his administration. The sitting president, Donald Trump, has consistently refused to concede to the Democratic candidate, claiming massive election fraud and attempting to challenge the election outcome in the courts.

The formal governmental process of the transition of executive power to Biden, however, has begun.

Biden's Cabinet Picks Are "Diverse" on the Surface Only