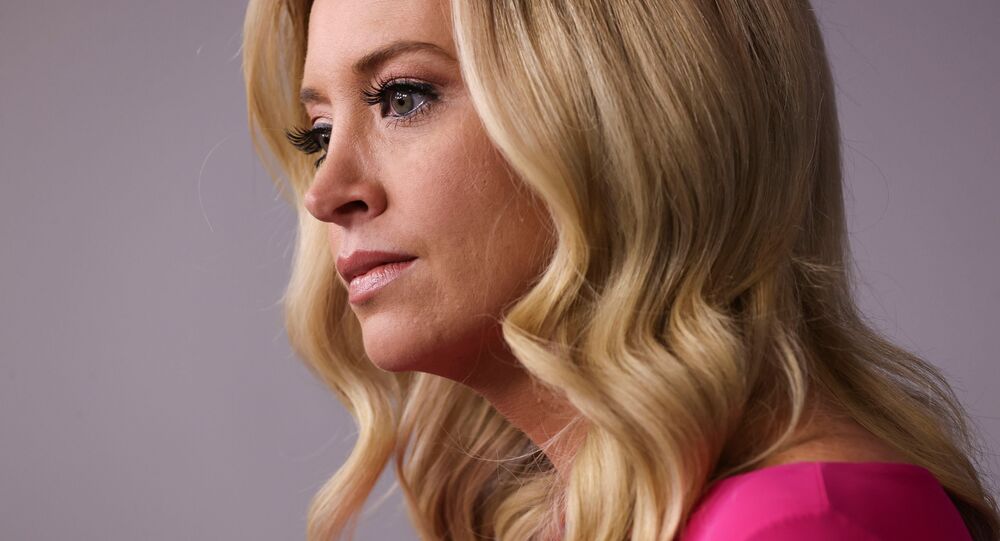 While multiple mainstream media outlets have proclaimed Joe Biden the winner of the 3 November presidential contest, the sitting president, Donald Trump, does not agree, vehemently refusing to concede to Biden and slamming the November election as "rigged".

The current White House press secretary, Kayleigh McEnany, when discussing runoff Georgia Senate election in an interview with Fox News, appeared to have come close to acknowledging the victory of Joe Biden in the US presidential election.

"If we lose these two Senate seats, guess who's casting the deciding vote in this country for our government?", McEnany questioned, responding to herself: "It will be Kamala Harris."

The outcome of the Georgia election will decide the control of the Senate.

McEnany's statement was seen by many as an acknowledgement of Trump's defeat in the 3 November US presidential election, as she referred to Kamala Harris, Joe Biden's running mate, as the one who would decide a tie vote in the Senate.

Dead-ender Kayleigh McEnany yells at GA Gov. Kemp on Fox News: "You have the power to call in a special legislative session because right now if we lose these two Senate seats, guess whose casting the deciding vote in this country for our government? It will be Kamala Harris." pic.twitter.com/IW2o55ohWs

“What is paramount is Georgia,” McEnany said. “Right here, right now, making sure that we hold this branch of government.”

​The Georgia election is scheduled for 5 January. In case the two Republican candidates, Kelly Loeffler and David Perdue, do not obtain the Georgia seats, the Senate will be split 50-50, which means that a deciding vote will the US vice president's.

Trump has refused to concede, however, attempting, along with his legal team, to storm the federal courts with lawsuits challenging the election outcome. POTUS has repeatedly slammed the election as "rigged" by Democrats and continues to insist that he, not Biden, won the election.

The Trump administration has agreed to launch the formal process of power transition to Joe Biden. It will be up to the Electoral College to formalize US media projections that see Biden as the president-elect.

The electors cast their votes on 14 December, with Congress formally approving the vote on 6 January, 2021.