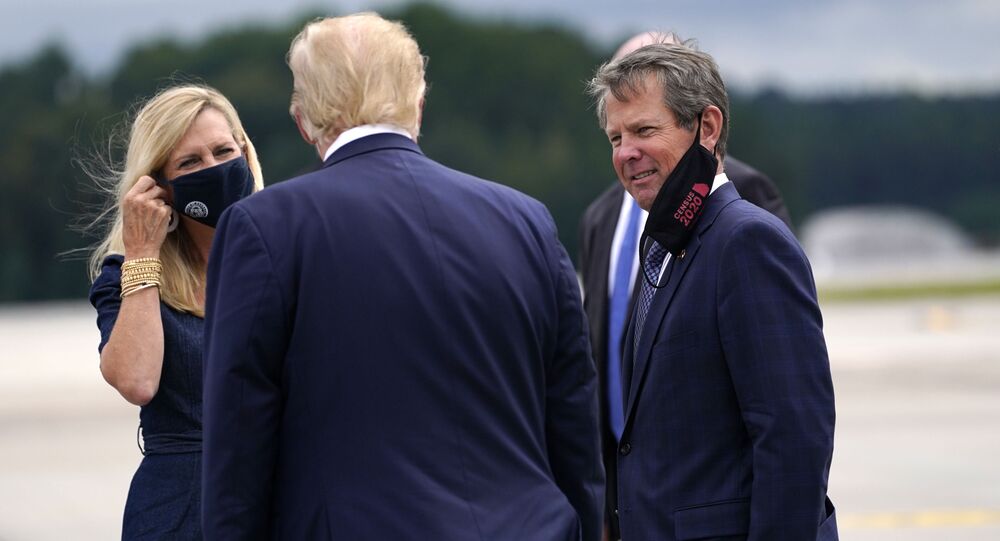 Georgia has become a hotspot of debate over alleged election fraud, after the Trump legal team rolled out what they described as evidence of voter fraud in Fulton County. Following the release of the "evidence", Trump demanded a signature audit of the Georgia ballots and sought to nullify the state's election results.

Georgia Governor Brian Kemp on Saturday declined a request made by President Donald Trump to call a special session of state legislators to invalidate the victory of Joe Biden in the state and "appoint electors that would back him", The Washington Post reported, citing sources familiar with the conversation.

According to the report, Trump also asked the governor to demand a signature audit of mail ballots - something that Kemp earlier outlined he is not authorised to do.

The governor took to Twitter on Saturday to reinstate that he had "publicly called" for an audit for three times.

"As I told the President this morning, I’ve publicly called for a signature audit three times (11/20, 11/24, 12/3) to restore confidence in our election process and to ensure that only legal votes are counted in Georgia", Kemp tweeted.

Earlier on Thursday, Kemp called for an audit in an interview to Fox News, outlining that it is in the authority of the Georgia Secretary of State Brad Raffensperger to order the audit, and he has not done that.

Trump has intensified his efforts to prove his allegations of election fraud in several battleground states.

© Photo : YouTube / Donald J. Trump
Georgia Governor Calls for Audit of Election Results, as State Sec Debunks 'Fraud Evidence' Video
Particularly touting Georgia's recent testimony as a "blockbuster", referring to a surveillance video that was said to reveal election workers in Atlanta's Fulton County staying behind and allegedly pulling boxes of extra ballots from underneath the table to count them into the night as the observers and press were told to leave.

On Saturday, Trump tweeted that he would "easily and quickly" win Georgia if a "simple signature verification" was implemented by state authorities.

POTUS is scheduled to headline a rally in Georgia later on Saturday on behalf of two Republicans, David Perdue and Kelly Loeffler, who are aiming for the Senate seats in the state in an election runoff. On 5 January, the runoff Senate election in Georgia will determine which party will control the Senate.

​Bombarding battleground states with lawsuits challenging the outcome of November election that he has labeled "rigged", Trump has nevertheless agreed to the launch of the formal process of transition of power to Joe Biden, who is projected by the media to win the White House race.