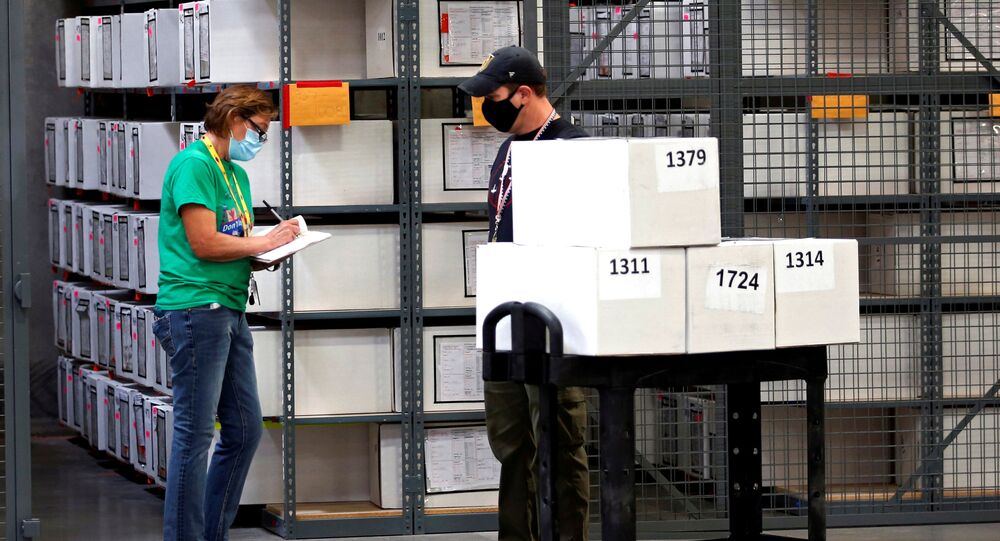 The president's legal team previously claimed that over 1 million votes were illegally counted in favour of Democrat Joe Biden throughout the country. Donald Trump, in turn, said in a recent address that the US elections system is "under siege" referring to his massive voter fraud allegations, and vowing to protect it.

One of the lawyers on President Trump's legal team has stated that at least some 85,000 votes were cast illegally in Nevada. The comment by lawyer Jesse Binnall came at a court hearing in the state on alleged election fraud, saying the astonishing finding was made during an inspection of the election material in Clark County earlier this week.

Binnall said that numerous irregularities were found in the process of vote counting, as well as numerous incidences of fraud. The lawyer stated that his team had counted at least 20,000 votes cast by non-residents, 42,000 ballots that had been counted twice, 8,000 absentee ballots with fake addresses, and 1,500 votes by supposedly dead people.

"In the dead of night, votes were appearing and votes were disappearing on these machines. Without explanation — and there is no good explanation", Binnall summed up.

Trump's lawyer further said that around 1% of all mail-in ballots sent in Nevada were not actually submitted by the respective voters. Binnall urged the judge not to "turn a blind eye with striking evidence" of voter fraud and called to void the disputed votes.

His opponent in court, attorney Kevin Hamilton, condemned the call, claiming it would be "shocking and undemocratic" to ask a court to "overturn the expressed will of a state", referring to the already certified Nevada election results. The judge said the ruling on the matter will come as soon as 4 December, but advised the parties to take the case to the Supreme Court for an emergency injunction, since the date of the Electoral College meeting is drawing closer.

WATCH: Video footage from Georgia shows suitcases filled with ballots pulled from under a table AFTER supervisors told poll workers to leave room and 4 people stayed behind to keep counting votes pic.twitter.com/AcbTI1pxn4

The claims regarding 85,000 allegedly illegal votes in Nevada come in the wake of another member of the Trump legal team, lawyer Jackie Pick, who presented video footage of suspected voter fraud in one Georgia polling station during a hearing with a state Senate Committee. The video appears to show election staffers pulling out cases with ballots from under one of the tables and tallying them, after declaring to supervisors, Republican observers, and the press that the counting was over for the day, Pick explained.

US President Donald Trump refuses to recognise the election results and concede defeat, although he gave a green light for the transition process to begin. POTUS claims the election was "stolen" from him as a result of massive election fraud, which he compared to a "siege" on the US election system.

© REUTERS / Jonathan Ernst
Will Trump Run Again in 2024 and Does He Actually Have a Shot at Winning?

Trump promised to challenge the election results in court, but so far his team has not succeeded in overturning the results in any of the swing states, including Nevada, where Biden leads over POTUS by 33,596 votes. The president's legal team is currently trying to get over 1 million votes thrown out, claiming they were cast illegally by either dead voters or via mail-in election fraud schemes. Trump repeatedly condemned the mail-in voting system in the weeks before the election, arguing that states controlled by Democrats were sending mail-in ballots to everyone, even to people who never requested them, and questioned the verifiability of the ballots cast this way.