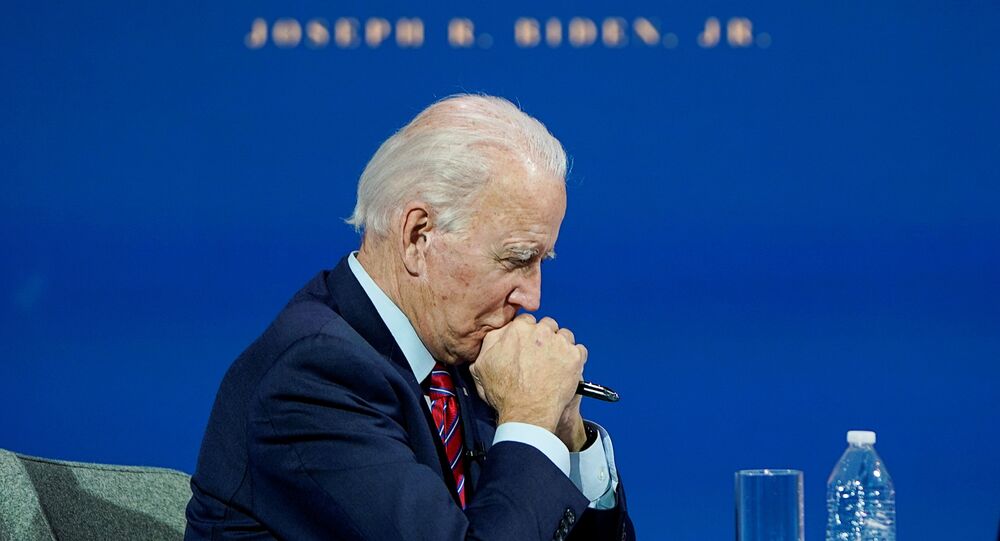 The head of the General Services Administration earlier announced that Democrat Joe Biden's transition team would soon gain access to additional federal resources and classified briefings after recognising the Democrat as the likely winner in the presidential election.

Joe Biden has declared that the presidential election is "over" and called on Americans to abandon their political disagreements in a Twitter post.

"The election is over. It’s time to put aside the partisanship and the rhetoric designed to demonize one another. We have to come together", Biden said.

The Democrat's statements come in the wake of General Services Administration chief Emily Murphy announcing the start of the transition process to the Biden-Harris administration. The two are projected to win the Electoral College vote, according to the current count. Biden's transition team will thus gain access to federal resources, including funding for staffers, as well as access to confidential briefings.

Biden's team has long requested to start the transition, although it had already begun preparations for their projected arrival in the White House. Namely, the Democrat had discussed plans on how his administration will handle the raging coronavirus pandemic in the US. Following the announcement of the GSA, Biden also revealed a list of his future national security and foreign policy teams for his projected Cabinet.

Trump Refuses to Concede to 'Fake Ballots and Dominion'

US President Donald Trump hailed the GSA's decision, calling it "terrific", but insisted that the GSA does not determine the winner in the US presidential election. POTUS refused to concede, citing alleged election fraud and the possible effect that a purported glitch in Dominion Voting Systems machines had on the voting results in some counties.

Trump earlier vowed to dispute the election results in several states with lawsuits, but so far the strategy has borne little fruit. POTUS' campaign insists that a number of violations were made that affected the outcome of the election. Biden is currently the projected winner with 306 Electoral College votes, with 270 needed to win. Among the violations that Trump's legal team has mentioned as the reasons for challenging some of the results are alleged refusals to allow GOP observers to monitor vote counting, voter "irregularities" in certain counties, an alleged glitch in some of the voting systems, which has been proven switched 6,000 votes for Republicans to the Democrats, and alleged fraud with mail-in ballots.

Putting Obama Team Back Together? Who's Who in Biden's Cabinet