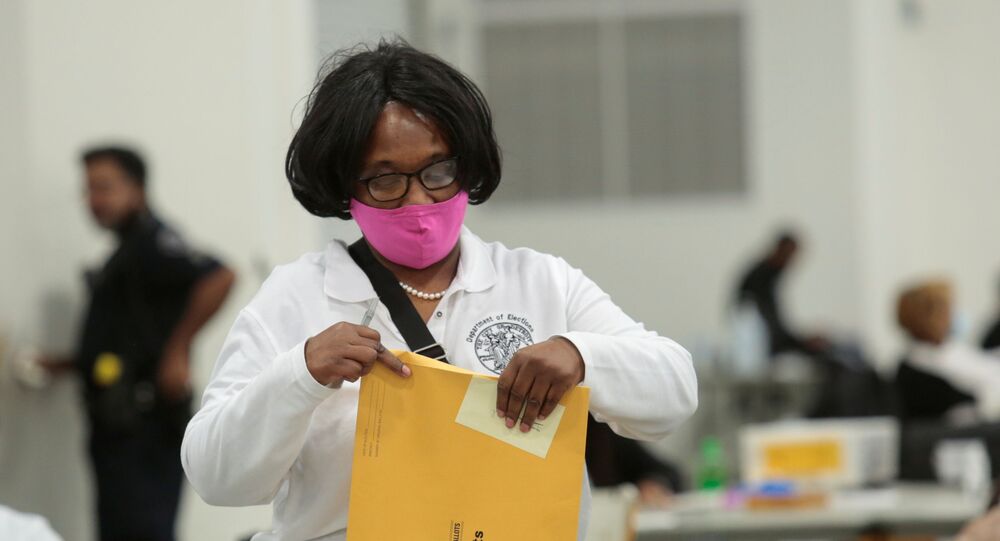 Trump's legal team is currently trying to dispute the voting results in several states via a series of lawsuits over alleged organised election fraud taking place. In Michigan, the GOP is also seeking to delay the certification of election results, citing the need to investigate a voting machine glitch in one county.

One of the two GOP members of the four-person Michigan Board of State Canvassers, is considering blocking the certification of the election results in the state. Republican Norman Shinkle shared in an interview with The New York Times that he is receiving a multitude of calls and emails from people, both urging him to certify and not certify the state's election results, citing concerns over the integrity of the vote.

"You can't make up your mind before you get all the facts", Shinkle stated.

One of the main points of concern for Shinkle is an investigation into the voting machine glitches that, according to state GOP leaders, affected the outcome of the election in Antrim County, Michigan flipping 6,000 Republican votes to Democrats. The local chapter of the Republican Party and the Republican National Committee also urged the Michigan Board of State Canvassers to halt the certification process for 14 days citing "significant problems and irregularities seen in Wayne County", where absentee ballot irregularities were purportedly detected.

"These issues cannot simply be ignored away or brushed under the rug, they must be confronted and thoroughly examined. We implore you to listen to the pleas of your voters and order the audit", the GOP letter said.

Earlier, House Representative for Michigan, Republican Paul Mitchell indicated in an interview with CNN that Shinkle would oppose the certification of the election results, conducted by the Board of State Canvassers. It is so far unclear how the other Republican on the board, Vice-Chair Aaron Van Langevelde, will vote.

With the Republicans opposing the election results, which currently show Democrat Joe Biden as winning the state, the canvassing board might be stuck at an impasse, if both Republicans oppose the certification. State governor, Democrat Gretchen Whitmer, might, however, replace one of the board members. If the board votes against certifying the results of the election in Michigan, then the case will be reviewed in local courts and in the state legislature. Both chambers in the Michigan legislature are currently dominated by the GOP, who might appoint their own electors for the Electoral College.

Michigan is one of several states, where the Trump campaign is trying to challenge the results of the election. The president's legal team argues that there are signs of coordinated country-wide election fraud, citing numerous irregularities, violations, and attempts to prevent GOP observers from monitoring the vote count throughout the US.

The legal team is trying to void the election results or order a recount via a series of lawsuits. The team recently recalled one such suit in Michigan after it succeeded in preventing the disputed result in Wayne County "from being prematurely certified". At the same time, the legal team lost its case to discard late-arriving mail-in ballots in Pennsylvania, but promised to appeal the court's decision.