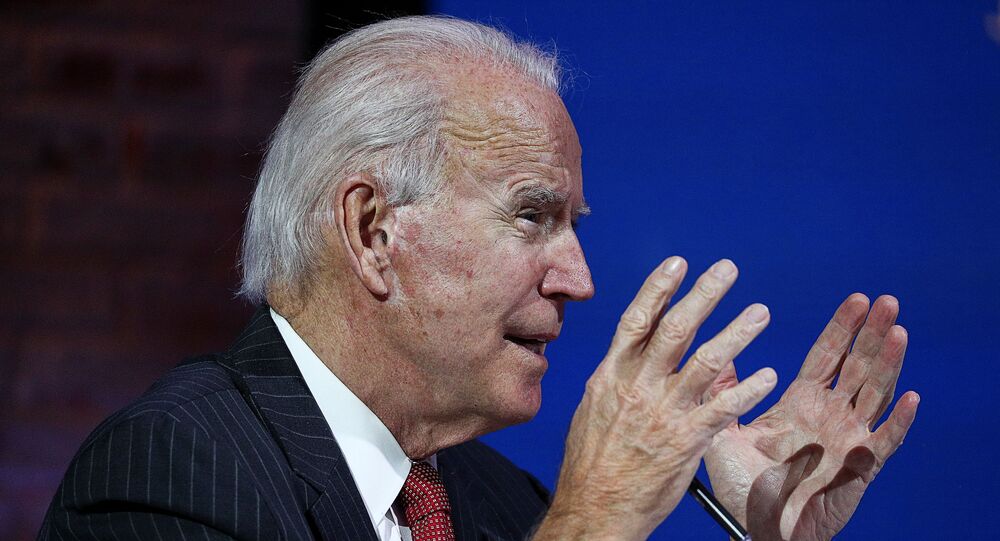 WASHINGTON (Sputnik) – The US state of Georgia has certified the results of the presidential election, upholding Democratic candidate Joe Biden’s win, the Georgia Secretary of State’s Office said in a statement.

"The Georgia Secretary of State’s Office today certified the results for the 3 November, 2020 General Election," the statement said on Friday. "In certifying the results, the Secretary of State affirmed that all 159 counties have provided to the state the total votes tabulated for each state and federal candidate."

Earlier on Thursday, the State Secretary of Georgia, Brad Raffensperger, revealed that a hand audit of ballots in Georgia had reaffirmed the victory of Democrat Joe Biden in the state. Shortly after that announcement, the Associated Press called Georgia in Biden's favour.

On Friday, commenting on the upcoming certification of the recount results, Trump tweeted his assertion that the Georgia government had refused to let GOP observers look at "signatures which would expose hundreds of thousands of illegal ballots".

"The Governor of Georgia, and Secretary of State, refuse to let us look at signatures which would expose hundreds of thousands of illegal ballots, and give the Republican Party and me, David Perdue, and perhaps Kelly Loeffler, a BIG VICTORY... Why won’t they do it, and why are they so fast to certify a meaningless tally?", the president tweeted.

...Why won’t they do it, and why are they so fast to certify a meaningless tally?

​While the mainstream US media have projected Joe Biden to win the presidency, the Trump campaign has escalated efforts to prevent vote certifications in states where it believes "illegal votes" were counted. The official results of the US election are set to arrive in December following the Electoral College vote.

On Friday, Trump tweeted several charts purporting to show "dumps" that Biden received a day after the election, in Wisconsin and Michigan, "when they learned he was losing badly".

By 8 December, all American states must certify their votes, and the voting of Electoral College will follow on 14 December.