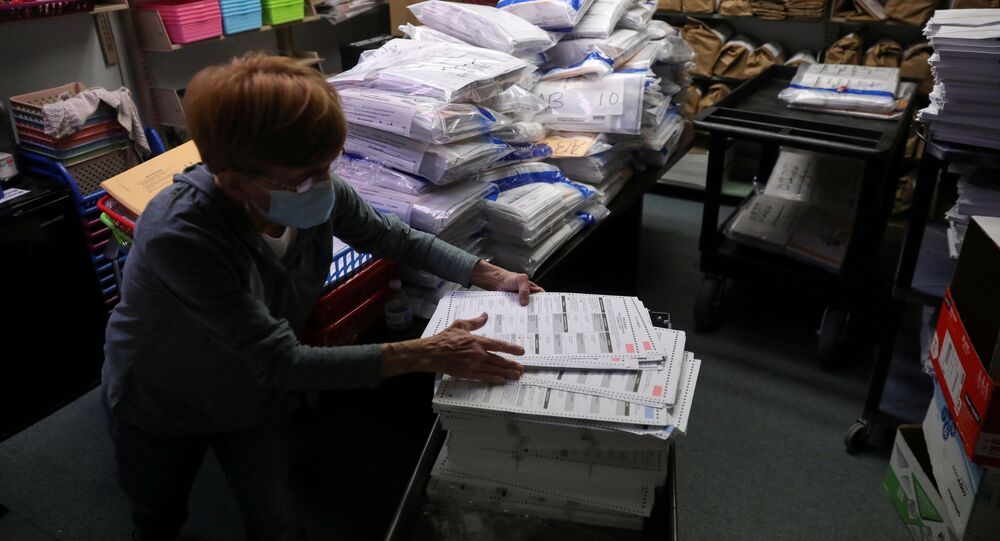 The state of Wisconsin, which has 10 Electoral College votes, allows any candidate to request a recount of ballots if the margin between the two main contenders is less than 1%, which is the case with the 2020 presidential election.

Trump's campaign has announced that it will be requesting a recount of ballots in two Wisconsin counties, Milwaukee and Dane, citing the "worst irregularities" that allegedly took place there during the 2020 presidential election. The campaign has already transferred the $3 million needed to cover the costs of the recount, the state’s authorities confirmed.

The campaign cited alleged cases of illegally altered or issued absentee ballots during the voting in the state as the reason for the recount. They also accused state government officials of giving "illegal" advice to voters, allowing local "voter ID laws to be circumvented".

"The people of Wisconsin deserve to know whether their election processes worked in a legal and transparent way. Regrettably, the integrity of the election results cannot be trusted without a recount in these two counties and uniform enforcement of Wisconsin absentee ballot requirements", Jim Troupis, Wisconsin attorney working with Trump's campaign, said.

The request for a ballot recount comes as President Donald Trump and his campaign continue to call out alleged massive "voter fraud" that supposedly took on 3 November and throughout the process of the ballot counting in several states. POTUS has cited a wide range of violations, ranging from improper the handling of late arriving mail-in ballots to GOP observers purportedly not being allowed to monitor the vote counting in several states.

So far, only one case of improper vote counting has been determined. One county in the state of Michigan wrongly gave 6,000 votes that were cast for the Republicans to the Democrats, presumably due to a glitch in software developed by the company Dominion Voting Systems. Trump promised to request recounts in dozens of counties that used the same Dominion ballot machines.

Wisconsin laws allow requests for ballot recounts if the state’s results show that the margin between the two main contenders is less than 1%, although the requesting party will have to cover the costs of the procedure. Trump trailed Biden in Wisconsin with 48.94% against 49.57% with around a 20,000-vote margin. Similar laws exist in Pennsylvania, but Trump does not meet the 0.5% margin requirement there, losing to Biden there with 48.83% against 50.02%. The situation is the same in Arizona, where Trump lost by 0.2% to Biden, with the margin needed for recounts to be allowed there at 0.1%

© REUTERS / Carlos Barria
As Trump Vows Lawsuits to Dispute Biden's Projected Victory, Can It Be Bush vs Gore All Over Again?

However, the Republican candidate can request a recount in Nevada and a mandatory recount is ongoing in Georgia. Trump lost both states, accounting for a total of 24 Electoral College votes, to the Democrat. Wisconsin, where a recount will take place, has 10 votes. Trump has also vowed to dispute the results of the election in Pennsylvania (20 votes) and Arizona (11 votes) with a barrage of lawsuits. POTUS currently falls 38 Electoral College votes short of securing a second term.