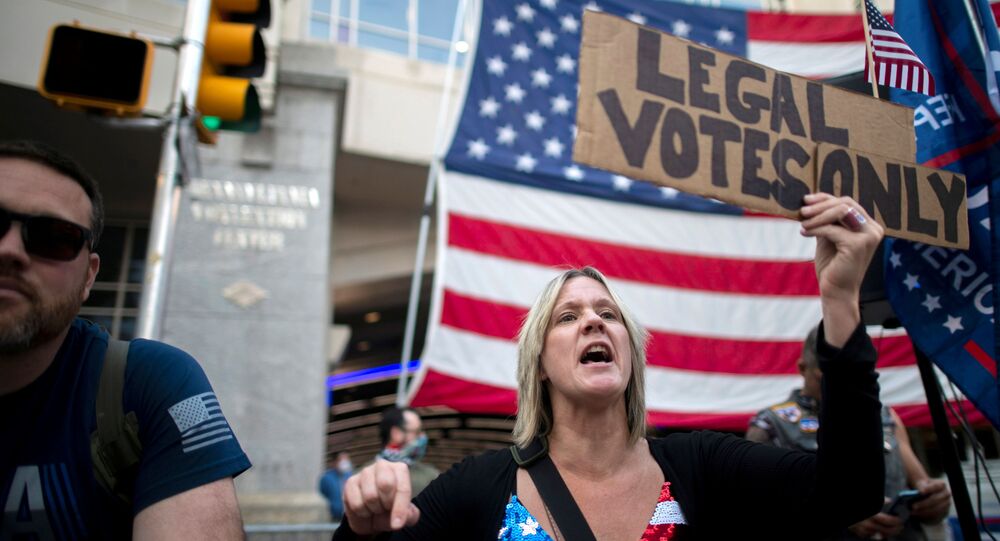 While mainstream American news networks declared Joe Biden the winner of the election, incumbent President Donald Trump insists that the election was riddled with voter fraud and intends to dispute the results of the voting in several states.

A new poll conducted by Reuters and IPSOS has shown that 52% of Republicans believe Donald Trump "rightfully" won the 2020 presidential election, something that the incumbent president has repeatedly stated himself on Twitter. The poll also showed that 73% of all respondents believe Biden generally "won" the election, without speculating on how "fair" this victory was.

I won the Election!

Only 29% of the Republicans polled agreed that Biden "rightfully" won the election. In 2016, 52% of Democrats believed that Clinton lost to Trump fair and square in the election.

Additionally, 68% of Republican respondents were concerned that the presidential election was "rigged" against the GOP candidate. At the same time, around 33% of independents and 16% of Democrats have the same concerns regarding the 2020 vote, the poll showed.

Of all the people questioned by the pollsters, only 55% was ready to call the 2020 election "legitimate and accurate" versus 62% in 2016. At the same time, 28% of those asked saw the 2020 election as "result of illegal voting or election rigging", versus 16% four years ago.

The rise in the distrust in election results compared to 2016, seen in the results of the polls, comes as incumbent President Donald Trump calls out numerous incidents of purported election fraud committed in the 2020 vote. POTUS accused Democratic governors of sending millions of ballots by mail, even when they had not been requested, and questioned the credibility of votes obtained as a result of the biggest mail-in voting in US history. So far, no mail-in fraud allegation has been officially confirmed.

Trump further called out the alleged refusal of some of the ballot counting stations to allow GOP observers to be present during the vote counting. He also referred to a determined glitch in a voting machine in one Michigan county that resulted in 6,000 Republican votes being flipped for Democrats, urging to recount all ballots cast via the machines using the same software.

Despite Trump's team filing several lawsuits to dispute the election results in several states, including Pennsylvania, Nevada, and Michigan, and an ongoing recount in Georgia, mainstream US news networks declared Joe Biden to be the winner. POTUS disagreed with their declaration, arguing that the election is "far from over".