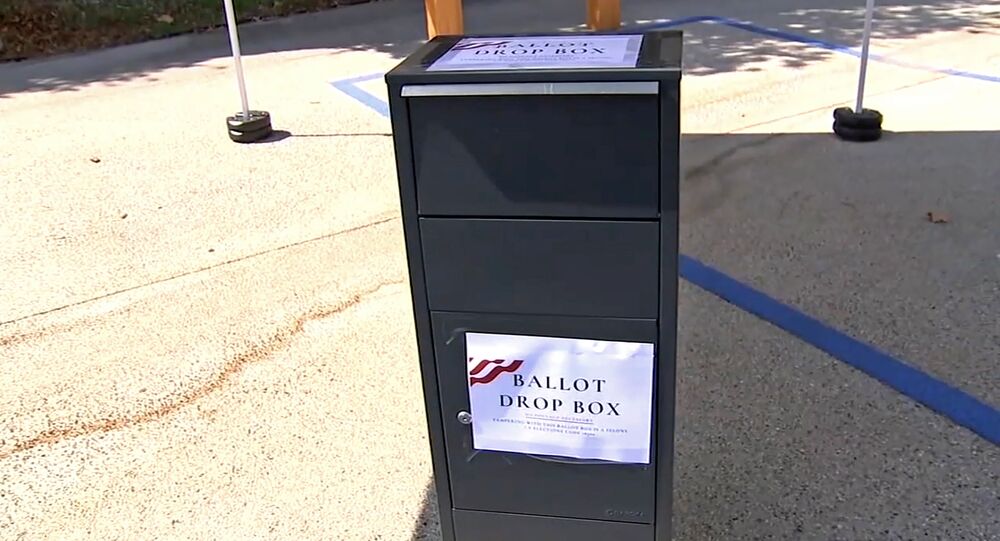 "Carlos Antonio De Bourbon Montenegro (dob 9/9/67), aka Mark Anthony Gonsalves, and Marcos Raul Arevalo (dob 3/15/86) were each charged in case BA491333 with one count of conspiracy to commit voter fraud, eight counts of voter fraud, four counts of procuring and offering a false or forged instrument and four misdemeanor counts of interference with a prompt transfer of a completed affidavit," the release said on Tuesday.

Montenegro allegedly submitted more than 8,000 fraudulent voter registration applications between July and October 2020. The defendant also is accused of falsifying names, addresses and signatures on nomination papers under penalty of perjury to run for mayor in the California city of Hawthorne, the release said.

President Donald Trump continues to claim massive election fraud cost him the 2020 election, especially in states such as California that sent unsolicited ballots to every person on voter registration lists with the possibility to mail them in. Trump is disputing the election results and has initiated  recounts and audits as well as filed lawsuits in state and federal courts.

Trump’s allegations have been dismissed as unsubstantiated by the major US media networks. Several US states have said they found no substantial evidence of election fraud, but in several counties the election result was corrected upon finding irregularities.

Tags:
US, California, US Election, US Election 2020, voters
Community standardsDiscussion