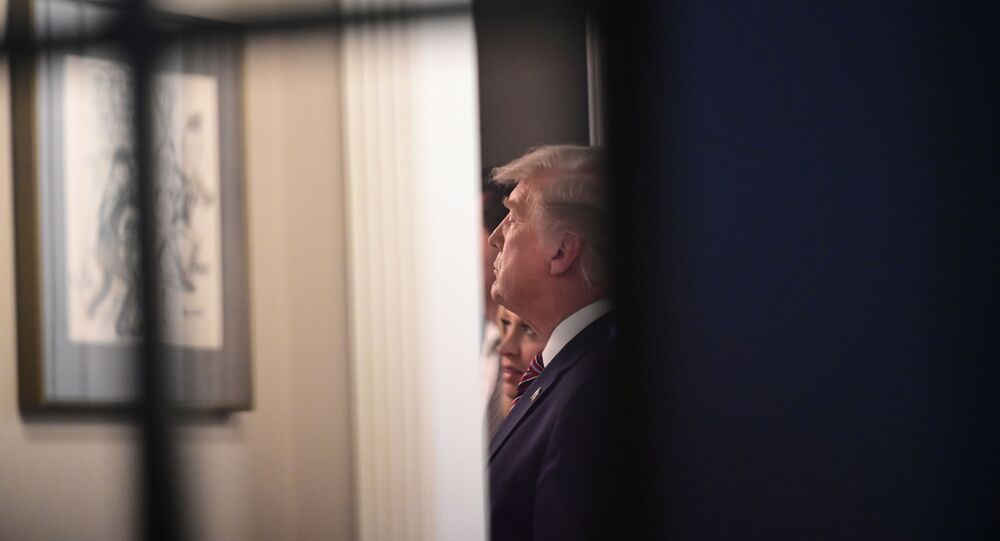 President Trump's advisors have apparently dissuaded him from ordering a military strike, warning that it would escalate the ongoing conflict between the United States and Iran "in the last weeks of Trump's presidency", according to a report by The New York Times.

Donald Trump was reportedly mulling an attack on Iran's "main nuclear site" in "the coming weeks", asking his advisors whether he had such an option during a meeting at the Oval office on Thursday, The New York Times reported, citing "current and former US officials".

The advisors, among whom were US Vice President Mike Pence, US Secretary of State Mike Pompeo, acting Defence Secretary Christopher Miller and the chairman of the Joint Chiefs of Staff, Gen. Mark A. Milley, reportedly dissuaded Trump from the attack, voicing concerns that it would escalate "into a broader conflict in the last weeks of Mr. Trump’s presidency".

After advisors warned Trump on the possible aftermath of a strike, according to reports, they reportedly left the office believing that "a missile attack inside Iran was off the table".

The report emerged amid allegations that Trump was attempting to "sabotage the Biden administration", as media in the US have described the Democratic candidate as the winner of the White House race, although official election results remain unannounced. Trump, as the sitting president, refuses to concede, insisting that the election was "rigged".

According to The NYT, a strike against Iran, if conducted, would "almost certainly" target Natanz - an Iranian nuclear plant generally considered to be a central facility for uranium enrichment.

The reported Oval Office meeting allegedly took place a day after the International Atomic Energy Agency (IAEA) reported a significant increase in the Iranian stockpile of nuclear material - 12 times larger than allowed in the 2015 Iran nuclear accord that Trump unilaterally exited in 2018.

In 20 June, 2019, Trump abruptly reversed an airstrike against Iran that was planned as a retaliatory move for shooting down a US surveillance drone. That time, however, the attack was allegedly cancelled just minutes before it was to be conducted.

“We were cocked & loaded to retaliate last night on 3 different sights when I asked, how many will die. 150 people, sir, was the answer from a General. 10 minutes before the strike I stopped it,” Trump tweeted at the time.

© AP Photo / Frank Franklin II
Protesters gather in Times Square Wednesday, Jan. 8, 2020, in New York. The U.S. and Iran stepped back from the brink of possible war Wednesday, as President Donald Trump indicated he would not respond militarily after no one was harmed in Iran's missile strike on two Iraqi bases housing U.S. troops.

Harsh economic sanctions against Iran immediately followed the Trump administration's withdrawal from the 2015 Joint Comprehensive Plan of Action (JCPOA), as, without evidence, Trump claimed that Iran had violated the deal. Tehran repeatedly pointed out that, per the terms of the treaty, its nuclear program was exclusively peaceful.

One year after Trump's 8 May, 2018, pullout from the agreement, Tehran began to step away from its commitments under the nuclear deal.

Tensions between the countries spiraled after the US president ordered the assassination of top Iranian general Qasem Soleimani in January.

In retaliation, Iran carried out airstrikes against two American military bases in Iraq, which did not claim any lives, but were reported by the Pentagon to have allegedly left over 100 US servicemen diagnosed with traumatic brain injuries.