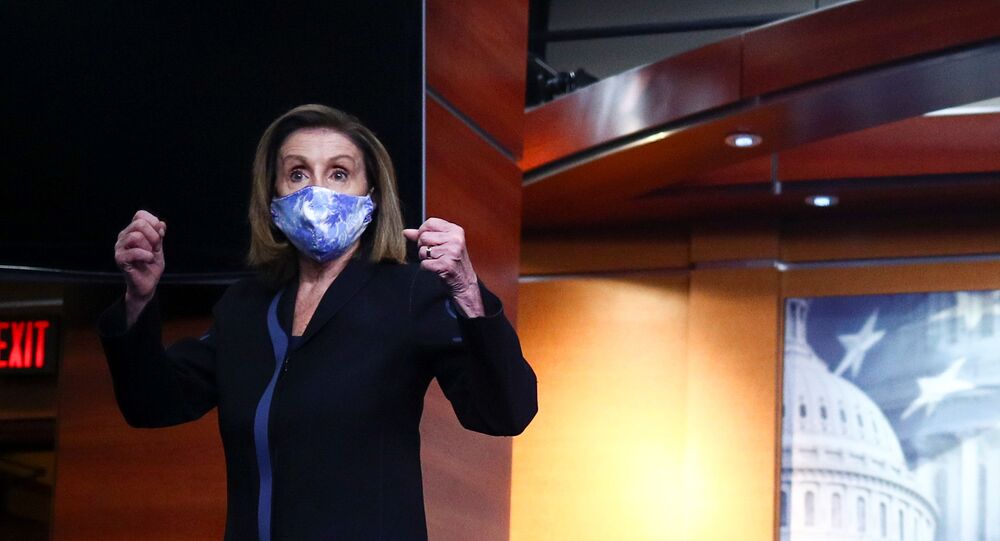 US Speaker of the House Nancy Pelosi announced her intention to run for the position again in early November, after the Democratic party was denounced by progressives for what was described by some as a poor Dem election turnout.

Elissa Slotkin, a Midwestern Democratic Representative, said she will not support Nancy Pelosi's run for the speakership, in a move apparently fueling allegations that the Democratic Party faces crippling division within its ranks, according to a report by Politico.

“I will not be voting for Nancy Pelosi,” Slotkin told Politico. “I have no idea if people are gonna run against her, or who might run against her. And I will of course have this conversation directly with her. But I believe we need new leadership. I would love to see more Midwesterners, because if you look across the leadership. […] I respect these people, but it’s New York and California.”

According to the report, "New York and California" is "code for liberalism", suggesting that the Democratic Party is currently undergoing an ideological division while also being criticised by some for allegedly supporting the policy to "Defund the Police", the Green New Deal and socialism.

“There's absolutely no accountability from the speaker," an unnamed Democratic source told Fox News earlier in November. "We should have won big but you know the 'defund the police' issue, the Green New Deal -- those issues killed our members. Having everybody walk the plank on qualified immunity with the cops. That just hurt a lot of members. No one's taking responsibility for it.”

Reports emerged suggesting that, due to a recent inclination toward defunding the police, adopting a Green New Deal, and increasing the US social security safety net, the Democratic party suffered what are claimed to have been major losses in the national election, leading to a handful of centrist Democrats considering a leadership change and support a challenger to Pelosi.

"We lost races we shouldn’t have lost. Defund the police almost cost me my race because of an attack ad. Don’t say socialism ever again. We need to get back to basics", a Virginia Democrat, Rep. Abigail Spanberger, said to Fox News.

According to NPR, House Republicans gained a net seven seats and have advantages in other races that remain to be called.

However, according to other reports, not everyone shares a concern of alleged divisions within the Democratic party.

“When you think about our party, Speaker Pelosi always says we are a big tent, and that means that we are a big family," Minnesota Democrat, Rep. Ilhan Omar, told MSNBC.

Re-election for the House speakership is scheduled for the day the US House of Representatives assembles for the 117th Congress - which could be as soon as 3 January, 2021.

Pelosi, who announced her candidacy in early November, is expected to cross swords with Republican rival Kevin McCarthy, while no Democratic party members have announced their intention to challenge the incumbent Speaker.