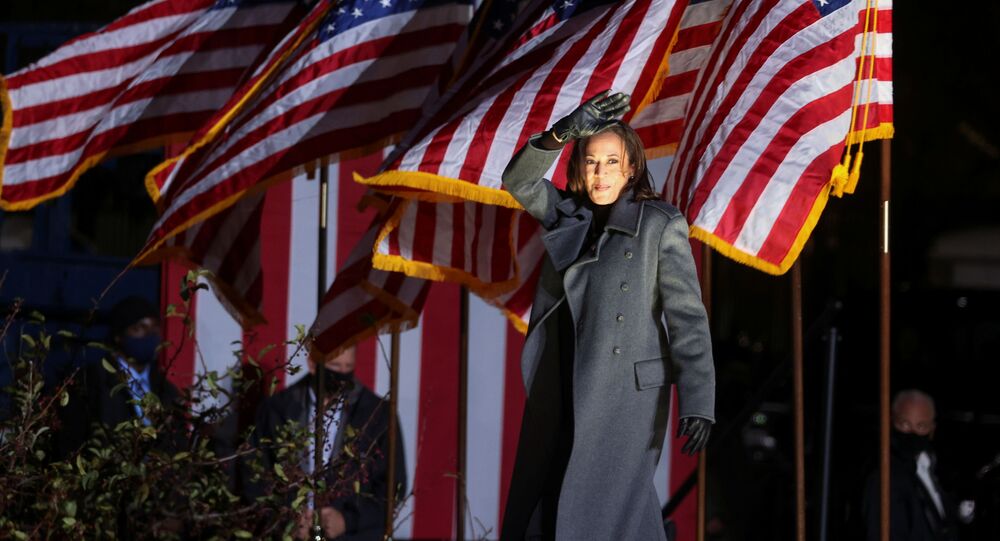 Although Harris will have limited power as the vice president, many netizens in the US expressed concern in the past that she could become the next POTUS due to Joe Biden's considerable age, worrying in connection with controversial ideas which some twitterians suggest is borderline communism.

Although official results from the final state vote count are yet to be announced, Joe Biden has already declared himself the winner in the presidential race, alongside running mate Kamala Harris, who is also projected to be the next US vice president. Should this come true, Harris will become a pioneer in many regards, as she will be the first female, Black, Asian-American to be a US vice president.

Many netizens are happy with Harris achieving such heights, expressing their feelings about her cultural and political gains on social media.

After President Biden serves two terms, I have no doubt that Vice President Harris will make history once again when she becomes President.

Congratulation Ms. Vicepresidente!!! Many blessings to you. You have been a roll modal for the longest. Reach out to our young ones and show them that it’s very possible to be all you want@to be, if you want too

Harris represents what the USA is all about it’s for everyone & people should feel proud of there gender race religion . Congratulations

Not all are happy for Kamala Harris, however, with some recalling her controversial stance on an array of topics. Many argue that Harris' views were borderline communist and, with Joe Biden turning 77 this year, they fear she might get a shot at implementing them should the new POTUS not make it to the end of his term.

Represents what the Soviet Union was all about*.

She was chosen because of her gender and race... that’s sexist and racist... Biden even said early on he would only choose a female black woman. Well, Kamala is close enough. She does not have the qualities America wants (she is socialist teetering on communist).

Didn’t even make it in the top 5 during the democratic primary and now she’s poised to be second in command. Kevin Spacey said it best in House of Cards, “Democracy is so overrated”.

Biden is a Doofus and Kamala is a communist