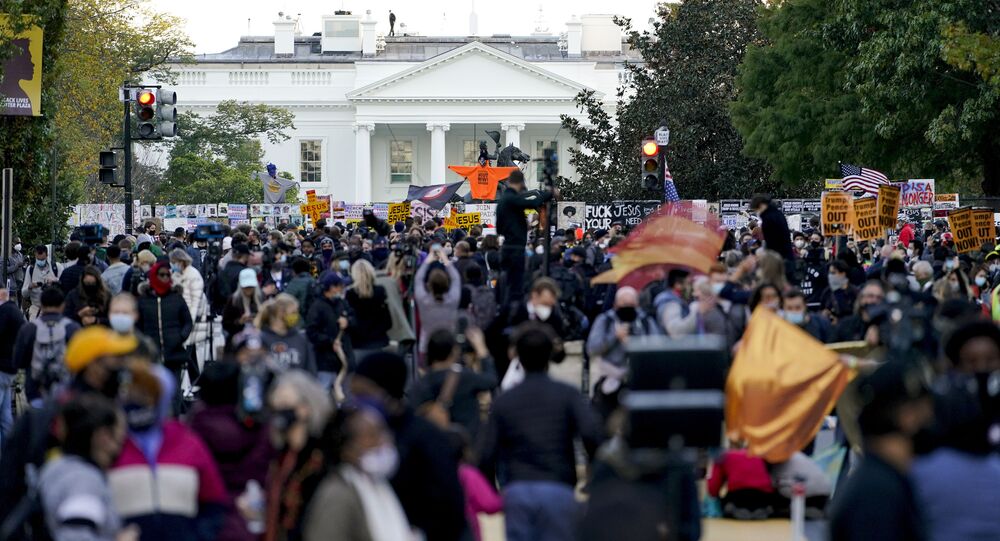 'Shut Down DC' Protesters Hit the Streets of American Capital

The climax of the heated presidential race between the incumbent president, Donald Trump, and Democratic candidate Joe Biden has brought many people in different US cities, including Washington DC, Portland, Philadelphia and others, into the street.

People are taking to the streets to join "Shut Down DC" protests in the US capital city on Friday, following post-election confusion.

A tight presidential race between Donald Trump and Joe Biden has resulted in demonstrations in many US cities, including Philadelphia, New York City, Portland and Washington DC. As votes in several key states are still being counted, people are demanding to "count every vote" and different sides are voicing their support for both contestants.

The "Shut Down DC" movement describes itself as a group who plan and organize actions "to preserve the pillars of democracy and fight for a better future".

Protesters Gather in Philadelphia as Vote-Counting in US Election Continues