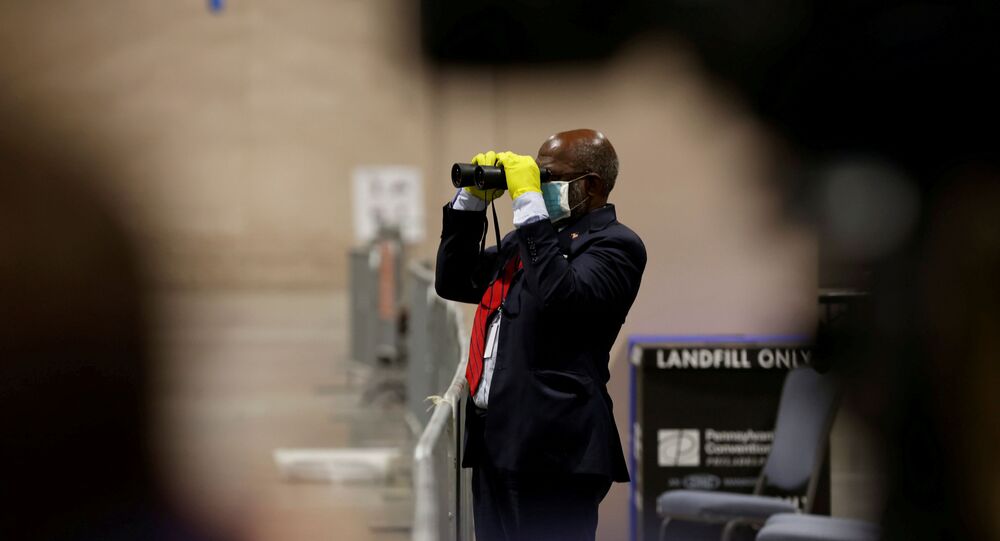 WASHINGTON (Sputnik) - International observers from The Organization for Security and Co-operation in Europe (OSCE) said in their preliminary findings that US elections were competitive and well managed, but lashed out at President Donald Trump for sowing public doubts in the integrity of the voting and attempting to restrict ballot counts.

"Counting and tabulation is ongoing and should continue in accordance with the law and OSCE commitments. Baseless allegations of systematic deficiencies, notably by the incumbent president, including on election night, harm public trust in democratic institutions," the mission said Wednesday, adding that it found no "systematic wrongdoings" during US elections and accusing Trump of exploiting his position for political advantage.

The Head of the OSCE Parliamentary Assembly Kari Henriksen specifically expressed concerns over attempts to restrict the counting of legally cast ballots "in the context of COVID-19 and the rise in mail-in voting." Trump alleges that his opponents may be using massive mail-in voting to secretly dump in fraudulent ballots in localities under their control.

Observers noted that "partisan interests" have already triggered an unprecedented volume of litigation - over 400 lawsuits filed in 44 states - that created "confusion and concern among election officials and voters."

International monitors found out that US officials have a high degree of confidence in cyber-security effectively downplaying public concerns of foreign meddling in the election.

"Reports of foreign interference impacted public confidence, but a broad range of election stakeholders expressed overall confidence in the integrity of election infrastructure and efforts to mitigate cyber-security risks," the report said.

Among more traditional grievances the mission mentioned a large number of fully of partially disenfranchised Americans - over 4.5 million residents of the District of Columbia and US territories and 5.2 million citizens who have a criminal conviction.

Observers also lamented the lack of transparency in campaign financing rules. "While this is regulated at the federal level with ceilings on individual donations to campaigns and full disclosure, the regulations on the unrestricted independent spenders effectively reduce transparency and amplify the impact of money in politics," they said. OSCE estimated that the total expenditure during the 2020 campaigns will reach $14 billion.

US media provided a comprehensive coverage of the campaign, but largely ignored candidates other than Biden and Trump, according to the findings.

On 3 November federal elections were held for the president and vice-president, 35 of 100 senators, and all 435 representatives. The mission observed elections for state and local executive offices and legislatures, various referenda and initiatives, as well as 66 state judges in 31 states, "to the extent that they impact the conduct of the federal-level elections."

The mission consists of 15 experts based in Washington, DC, and 30 long-term observers deployed to 28 states since October. Members are drawn from 20 participating states of the OSCE, which has observed eight previous elections in the United States since 2002. The mission promised to remain in the country to "closely follow all of the rest of the process in the future."

US Election Final Result Could Be Legitimate or 'Coup D'Etat', Analyst Says