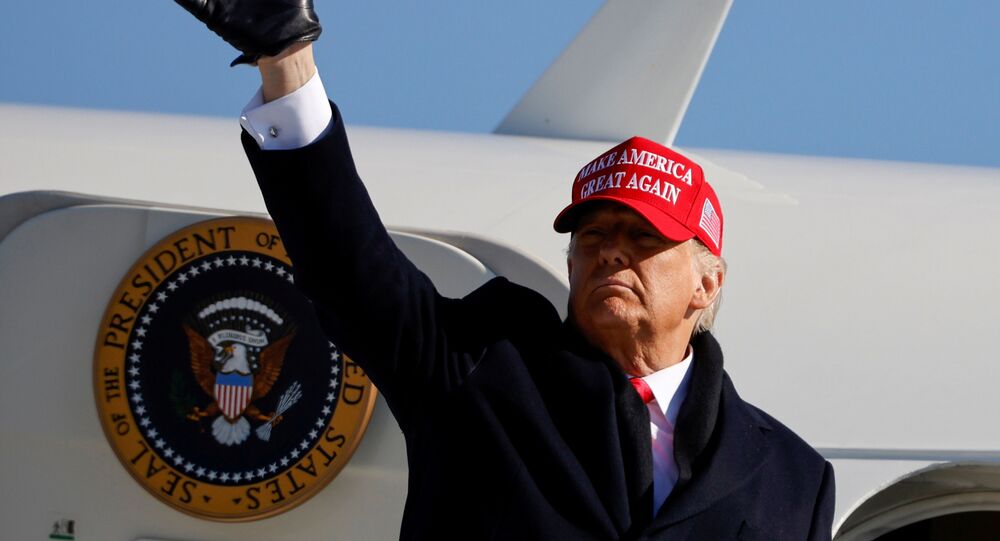 'I Think We'll Top That': Trump Boasts About Beating His Electoral Record From 2016

The US president reportedly said that he will declare his win in the election “only when there is victory”.

As the 2020 presidential election in the United States goes full steam ahead, US President Donald Trump suggested that he might end up getting better results than four years ago.

During an interview with Fox & Friends, when asked about how many Electoral College votes he thinks he'll earn, Trump reminisced about how he got 306 back in 2016.

The newspaper points out, however, when the POTUS was asked when he'll declare he has won the election, he replied "only when there's victory".

© REUTERS / CARLOS BARRIA
'Get Out There And Do It!' Trump Jr Rallies Voters to 'Make Liberals Cry Again' in Final Election Push

Before Election Day, 3 November, both candidates held numerous rallies as they tried to sway voters in their respective favor, with Trump reportedly mentioning holding some 14 events in three days, stating that "there was no small event – every place, no matter where we went".

"I really did six yesterday," he said. "Because the one from the day before went until two in the morning. So then I got up and did one at 8am."