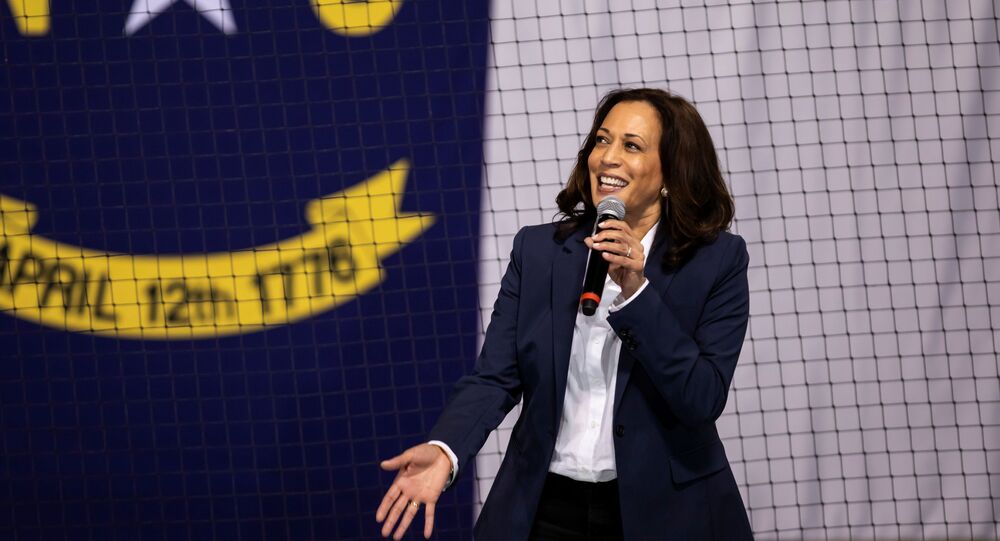 Harris not faced accusations of promoting a Marxist agenda, although her partner on the ticket, Democratic candidate Joe Biden, was criticized by his Republican opponent for his plan to increase the tax burden on top-earning Americans.

As voting day approaches, Joe Biden's pick for vice president, California Senator Kamala Harris, decided to devote one of her last election ads on Twitter demonstrating her understanding of the difference between equality and equity. For that purpose, she chose a minimalistic cartoon,  featuring a white person and a black person climbing the same mountain but with their starting positions drastically different.

There’s a big difference between equality and equity. pic.twitter.com/n3XfQyjLNe

In the cartoon, Harris promises that her ticket will not only give the underprivileged equal footing with the rest of the population, but also will get them "to the same place" as everyone else.

Hearing the promise, many Twitterians could not help but suggest a resemblance to the ideas of Karl Marx, and to the communist promise of equal outcomes for everyone also codified in the US Declaration of Independence.

So she's openly making the argument that inequality of outcome is in and of itself inequity. Which is called communism. https://t.co/IJ5OKJwpOw

“Equitable treatment means we all end up in the same place.” That’s equality of *outcomes* enforced by the government. They used to call that communism.

Some noted that despite the "cute" cartoon, it does not represent negative implications purportedly preached by Harris.

Equality of outcome... A dangerous phrase with implications not described in this cute little video.

Someone will win, and the others will lose. This is life, and can not be avoided.

Making everyone’s outcome the same no matter what is communism....and it doesn’t work!

Several netizens wondered why Biden's vice presidential pick published the video mere days ahead of the election, suggesting that it could be her agenda should the Democratic ticket win.

Why would a vice presidential candidate seemingly endorse full-on Marxism days before a general election? Does she believe government should enforce equality of outcome for everyone? Seriously?

I’ll save you all time, she’s a communist. They always make it look and sound pretty, fair, unthreatening and utopian but in reality it’s always ugly, unfair, full of threats and dystopian. Venezuelans & Cubans have seen this movie before and are warning you it doesn’t end well.