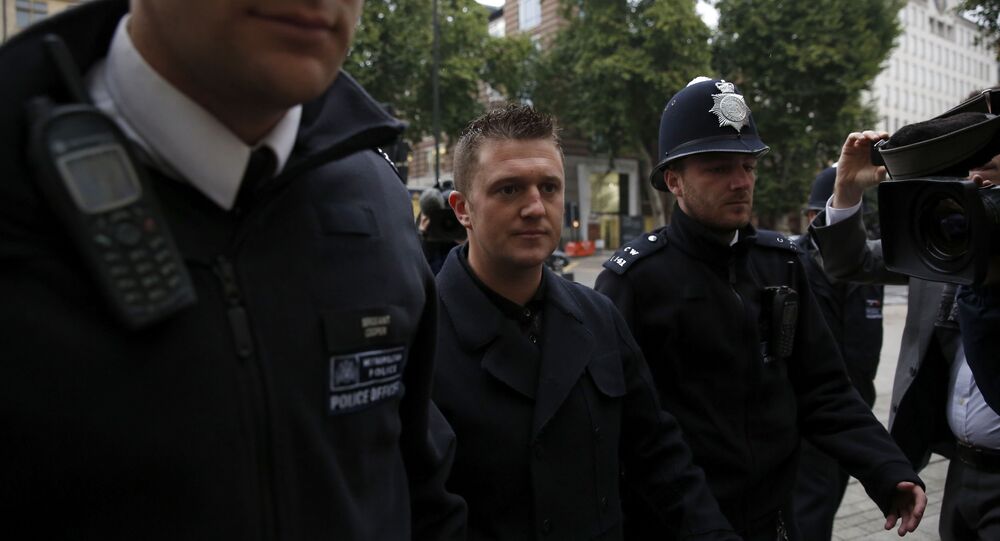 The English Defence League founder was sued by Jamal Hijazi after he posted two videos on Facebook, saying that the teenager "violently attacks young English girls in his school".

British political activist Tommy Robinson lost a libel case in the High Court on Thursday. The case was brought by Jamal Hijazi, a young refugee from Syria. He was granted £100,000 in damages by the court.

The teen was filmed being assaulted at a playground at Almondbury School in 2018. Addressing the viral video, Robinson said that the schoolboy was "not innocent" and that Hijazi had "beat a girl black and blue" and "threatened to stab" a boy at school.

The judge said that the consequences have been particularly severe for the teenager, while, according to the student's QC, he has been "facing death threats and extremist agitation".

"The defendant's contribution to this media frenzy was a deliberate effort to portray the claimant as being, far from an innocent victim, but in fact a violent aggressor", Justice Matthew Nicklin said. "As was entirely predictable, [Hijazi] then became the target of abuse which ultimately led to him and his family having to leave their home, and to have to abandon his education".

Robinson stressed that he was an independent journalist, telling the court: "The media simply had zero interest in the other side of this story, the uncomfortable truth". The activist also said he had "uncovered dozens of accounts of aggressive, abusive and deceitful behaviour" by Hijazi.