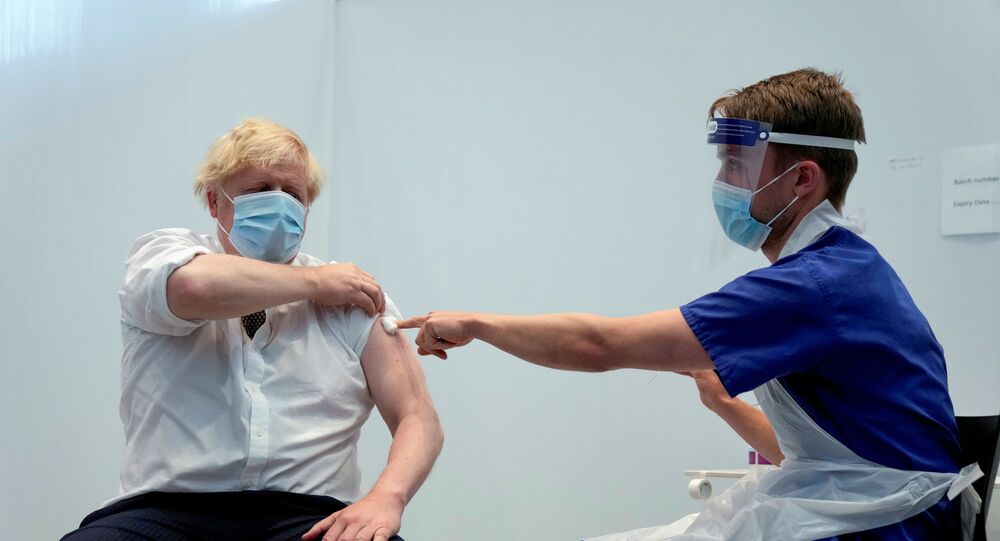 Health workers were outraged at the measly one per cent pay rise offered in Chancellor of the Exchequer Rishi Sunak's March budget after a year of risking their lives on the front line of the COVID-19 pandemic — with some trade unions demanding a 15 per cent pay rise.

The Royal College of Nursing (RCN) called the offer a "bitter blow" following 18 months on the front line of the COVID-19 pandemic, saying the rise would still be less than the inflation rate which the treasury has predicted will hit 3.7 per cent this year.

And fellow nursing union UNISON said the increase on the government's previous offer of one per cent would still leave staff earning less than the "living wage".

“Hospitals and other parts of the NHS are struggling to recruit nurses and health care support workers," RCN General Secretary Pat Cullen said. "The government has been warned that many more are on the verge of leaving. With today’s decision, ministers have made it even harder to provide safe care to patients."

"The profession will not take this lying down," she warned, adding that the body would consult members on "what action they would like to take next".

A newly-qualified nurse currently earns a basic band 5 salary of £24,907 before overtime — meaning a three per-cent rise would equal £747 per year or just over £14 per week.

That drew a rebuke from Parliamentary speaker Sir Lindsay Hoyle, who has previously reprimanded Prime Minister Boris Johnson for announcing lockdown measures to the press before the House of Commons.

Parliament should be "the first, not the last, to know," Hoyle said, adding: "It's not my fault the secretary of state got pinged, but if he does want to make announcements from his garden, somebody could've been here, the ministers could've shared that information with us".

Unison head of health Sara Gorton echoed that criticism, telling the BBC it was a case of "government by press release".

​The GMB union, which organises ambulance workers and some other NHS staff, called the offer "insulting and shameful" after a decade of below-inflation pay deals it said had effectively cut salaries by up to £9,000 per year.

The union said it would recommend its members reject the "paltry" offer when it comes to a ballot.

“After ten years of pay cuts, a pandemic that saw NHS staff put all their lives at risk and now a pay offer from the Government that amounts to taking yet more cash from their pockets – it's no wonder moral among NHS workers is rock bottom," GMB National Secretary Rehana Azamsaid.

Former children's laureate and prominent left-winger Michael Rosen, who was critically ill in hospital with ​COVID-19 for almost seven weeks last year, backed health workers' demands for more pay on the the same programme. He said medical staff had saved his life "two or three times" during his admission, adding that he owed "everything to NHS workers".

Pingdemic in Britain: Half a Million Asked to Self-Isolate as NHS Staffers Spared