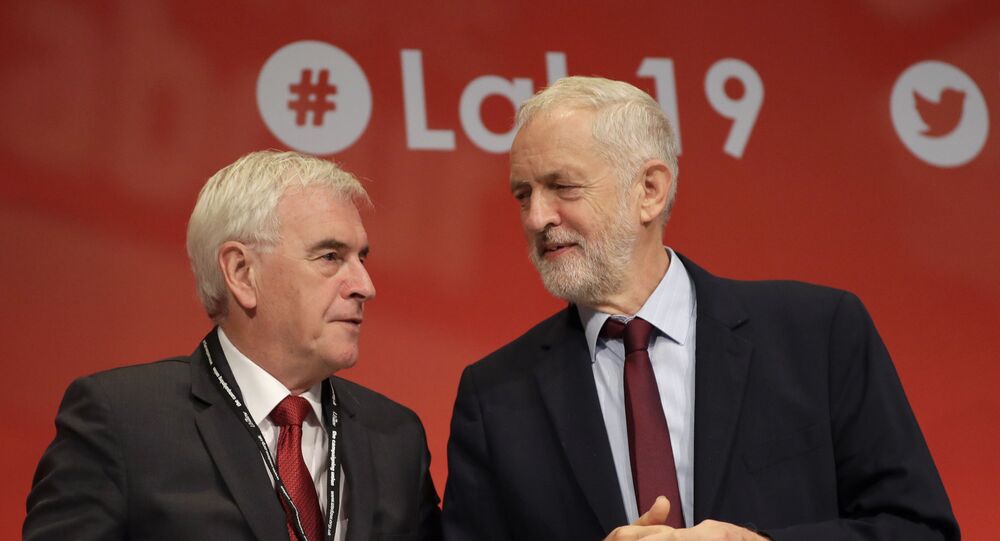 The Labour Party’s finances were reportedly in a good state when former leader Jeremy Corbyn stood down, but since then 100,000 members have left — soon to be followed by 1,000 more from four left-wing groups proscribed by the National Executive Committee.

The Labour Party has announced 90 redundancies and only has enough funds to pay salaries for a month — while hiring new staff to help purge left-wing members.

Inside sources told website LabourList that it was “all kicking off” on the staff WhatsApp group after Party General Secretary David Evans announced the cuts, saying there was “no Q&A” at the meeting and “no mention of staff welfare”.

The sources said the financial crisis was due to Labour haemorrhaging more than 100,000 members since Sir Keir Starmer assumed the leadership in April 2020 — and spend large sums dealing with anti-Semitism allegations against the party.

To add insult to injury, left-wing website The Skwawkbox spotted party adverts for 30-50 "temporary investigation officers" on six-month contracts to probe complaints against members before

Evans reacted angrily on Tuesday to leaks of the news to the Guardian.

“I am angry that this has happened because of the impact it will have on party staff,” the senior official wrote to staff. “Whoever has done this should be ashamed and they have let our party staff down”.

Starmer's critics were quick to point out that he inherited a bumper bank balance from his predecessor Jeremy Corbyn — who he swiftly suspended from the party.

One of those groups is the long-established Socialist Appeal, the remnants of the Militant Tendency that was banned from the party in the 1980s by leader Neil Kinnock. The faction is closely associated with Corbyn’s former shadow chancellor John McDonnell, and organised the Hands Off Venezuela campaign in support of the South American country’s socialist government.

The others are Labour Against the Witch-Hunt, which opposed the expulsions of members accused of anti-Semitism, the Labour in Exile Network which welcomes expelled members — including former London mayor Ken Livingstone — and Resist.

"We welcome this decision and the strong political signal it sends – membership of these groups is incompatible with Labour’s values and its drive to tackle antisemitism in our party," a spokesperson for the Jewish Labour Movement, a constant critic of Corbyn's leadership, said on Tuesday.

Dozens of members of those groups protested outside the Labour head office in Westminster on Tuesday against the decision being taken at a virtual online meeting.

"We're here supporting those fighting Kier Starmer's purge of people in the Labour Party, including my brother," Piers Corbyn told a reporter.

Asked if anti-Semitism was an issue in Labour under his brother's leadership, Corbyn said: "It was entirely fictitious."

Starmer has faced criticism for failing to substantially oppose Prime Minister Boris Johnson's Conservative government on policy or legislation — as well as disastrous results in the May 6 elections, when it lost the once-safe Parliamentary seat of Hartlepool and control of several councils.