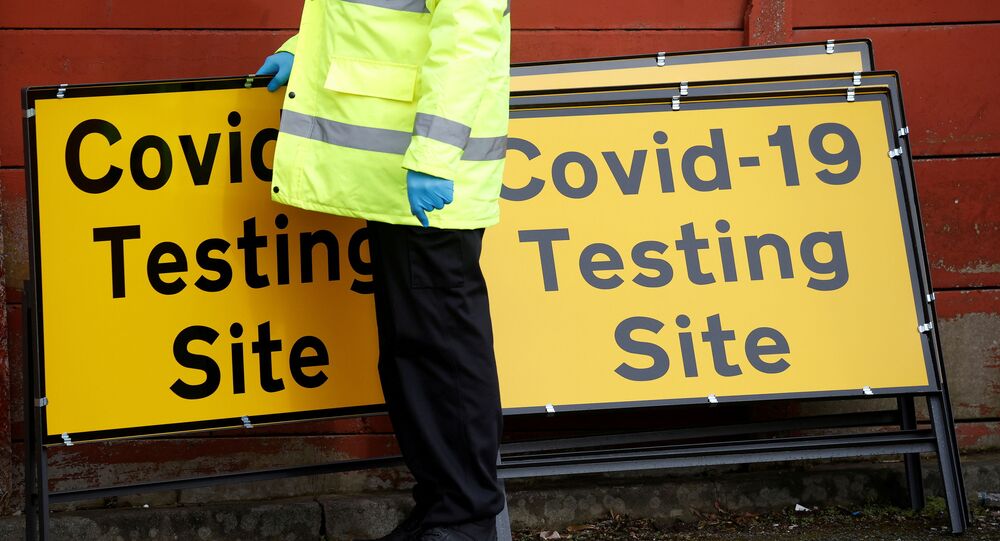 Labour Party leader Sir Keir Starmer was forced to self-isolate on Wednesday for the fourth time since the start of the pandemic, after mocking the Prime Minister Boris Johnson for being forced to do the same at the prime minister's country seat in Buckinghamshire, Chequers.

Only one-fifth of UK residents have the government's COVID-19 Test and Trace app working on their mobile device, according to a new survey.

Pollsters YouGov found that only 22 percent of British adults still have a functioning download of the National Health Service (NHS) software on their smartphone or tablet.

The remaining four-fifths may be dodging orders to self-isolate after coming into contact with someone who has tested positive — as almost 2 million people have been ensnared in the so-called 'Pingdemic'.

The survey found a third of respondents said they had downloaded the app, but since doing so, a vast proportion either deleted it or were "abusing" it — as YouGov puts it — by turning off BlueTooth access or contact tracing, or simply by not checking in when entering public premises by scanning a QR code.

And another two-fifths never downloaded the app to begin with.

© REUTERS / HENRY NICHOLLS
Pingdemic in Britain: Half a Million Asked to Self-Isolate as NHS Staffers Spared
"Abuse" was highest among the young, with more than half in the 18 to 24 age group with mobile internet access either not using, disabling or deleting the app. That figure was 42 percent in the 25 to 49 range, and the percentage who had never downloaded it rose with age to 47 percent among the over-65s.

​Labour Party and opposition leader, Sir Keir Starmer, became the latest high-profile victim of the 'Pingdemic' on Wednesday afternoon when he was forced to isolate for the next 10 days after one of his children tested positive for the virus. A Labour spokesman claimed Starmer "was already doing daily tests and tested negative this morning" before appearing in the House of Commons to poke fun at Boris Johnson at Prime Minister for having to quarantine at the PM's country retreat Chequers.

Meanwhile, the Office for National Statistics (ONS) estimated that more than 90 percent of people now had immunity to the virus — more than the 88 percent who had been given at least one dose of the vaccine as of Tuesday.

​Johnson's government went ahead with the delayed Stage Four of unlocking the country on Monday, allowing nightclubs and music venues to reopen, lifting the last restrictions on pubs, cafes and restaurants and the attendance limits at weddings and funerals.

But some employers have complained that up to 10 percent of their staff cannot work after being told to isolate for 10 days by the NHS app.

Downing Street responded this week by announcing that from 16 August, those who have had both doses of the coronavirus vaccine more than two weeks earlier will no longer have to isolate if 'pinged', but must undergo a PCR-type test as soon as possible to see whether they are infected.

COVID-19 case numbers have been rising rapidly across the UK since the phased lifting of restrictions began, and are now approaching levels last seen at the end of December 2020. The number of deaths within 28 days of contracting the virus is also rising, with 96 reported on Monday and 73 on Tuesday — just a tenth of the averages recorded around the New Year.